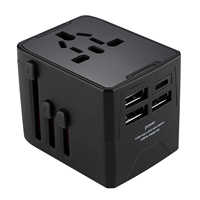 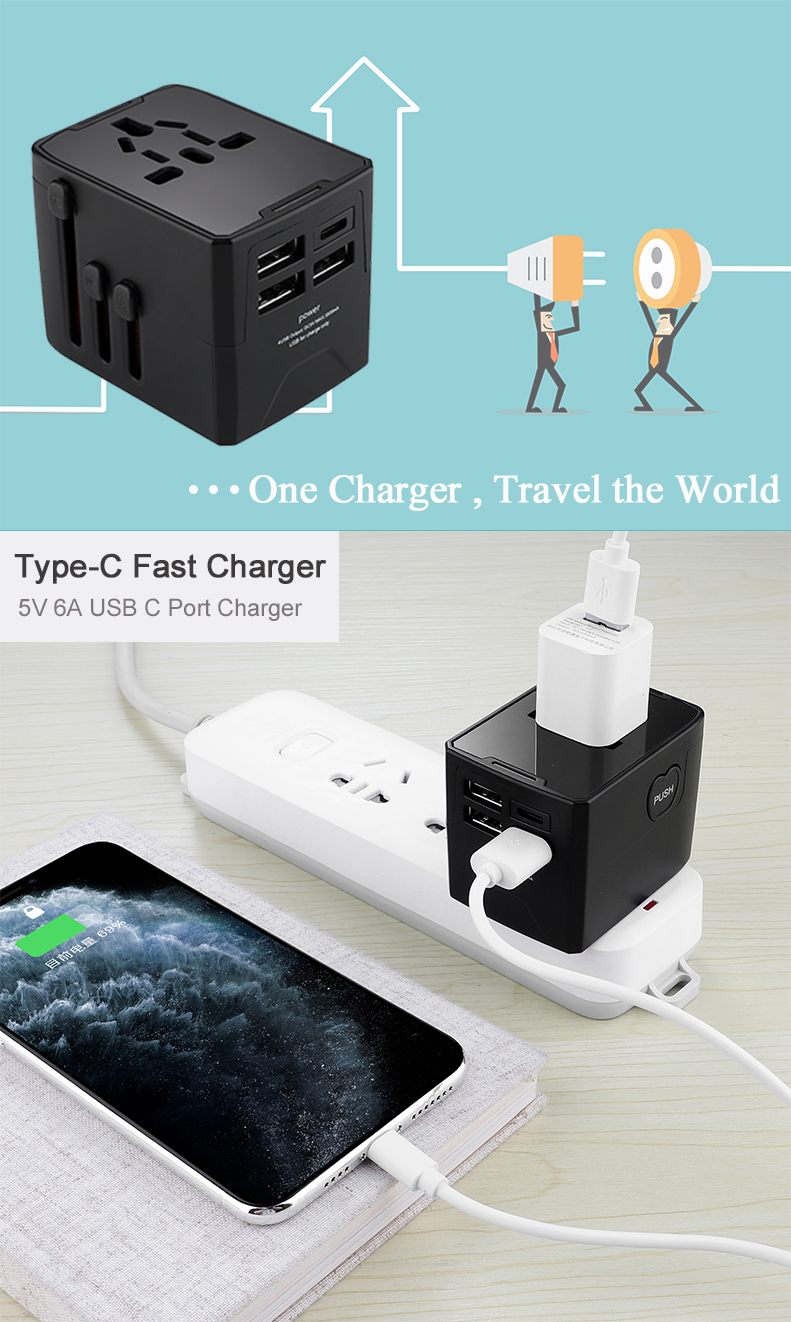 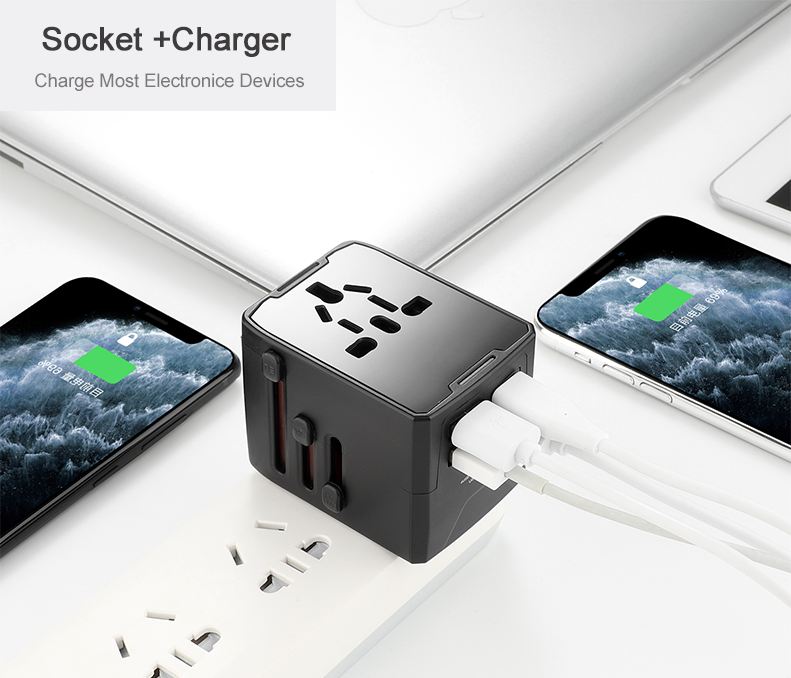 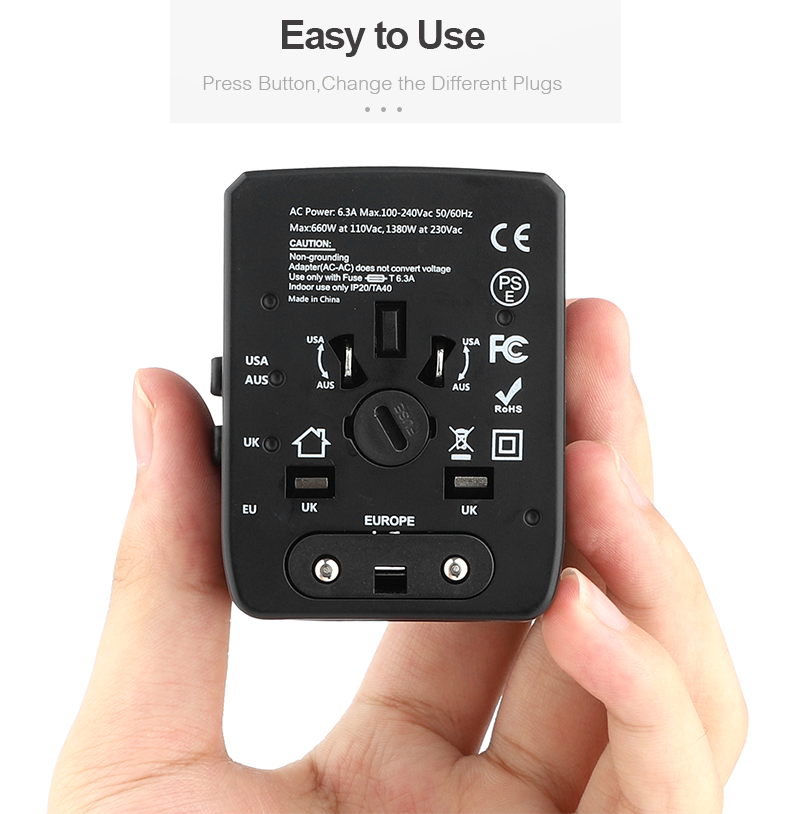 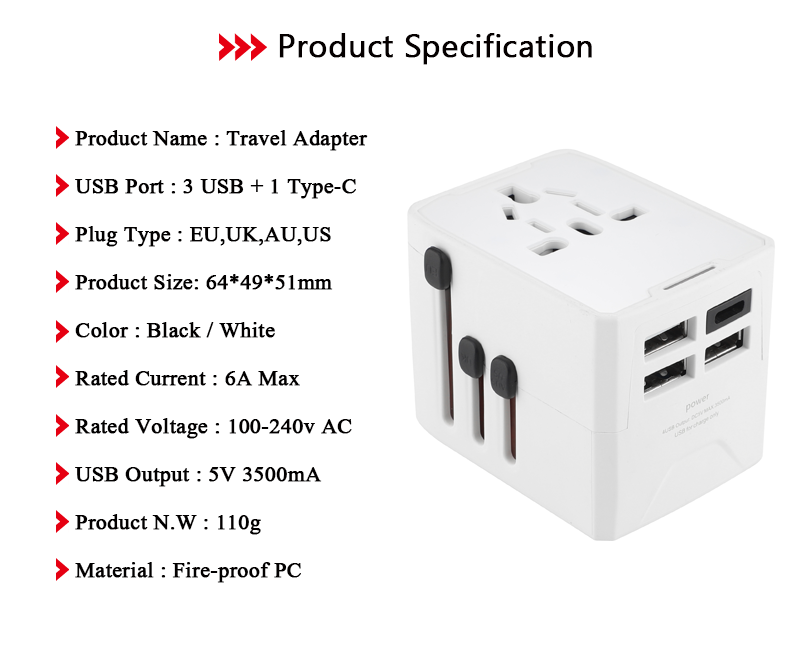 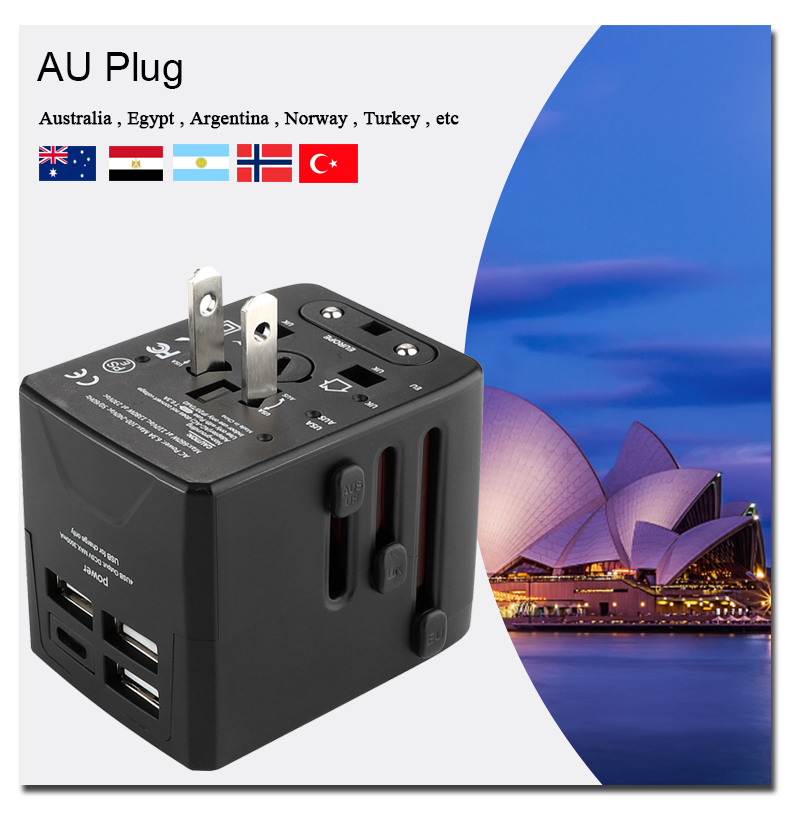 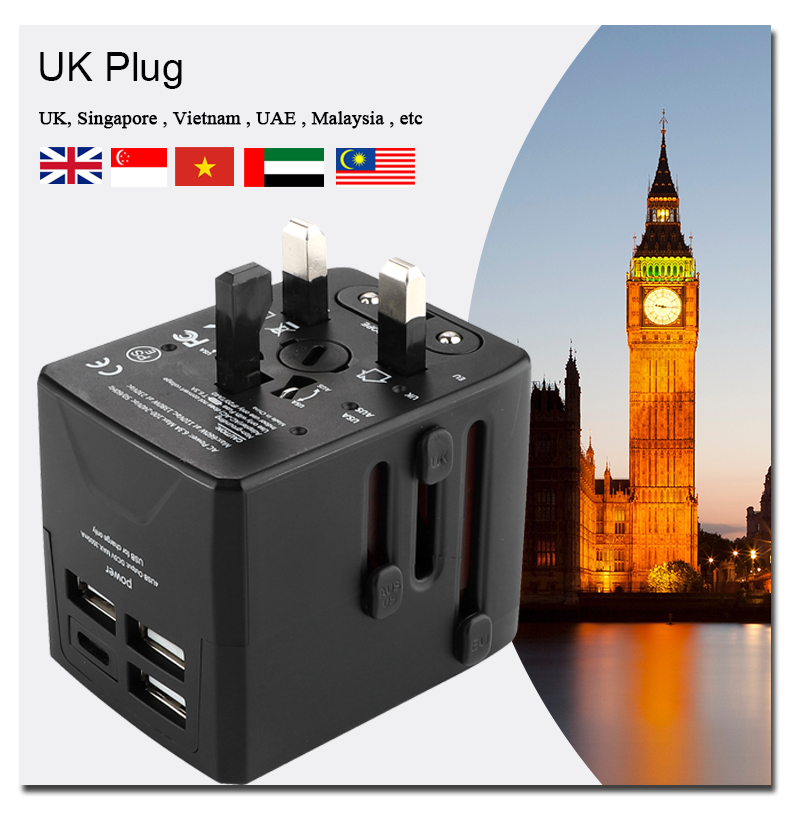 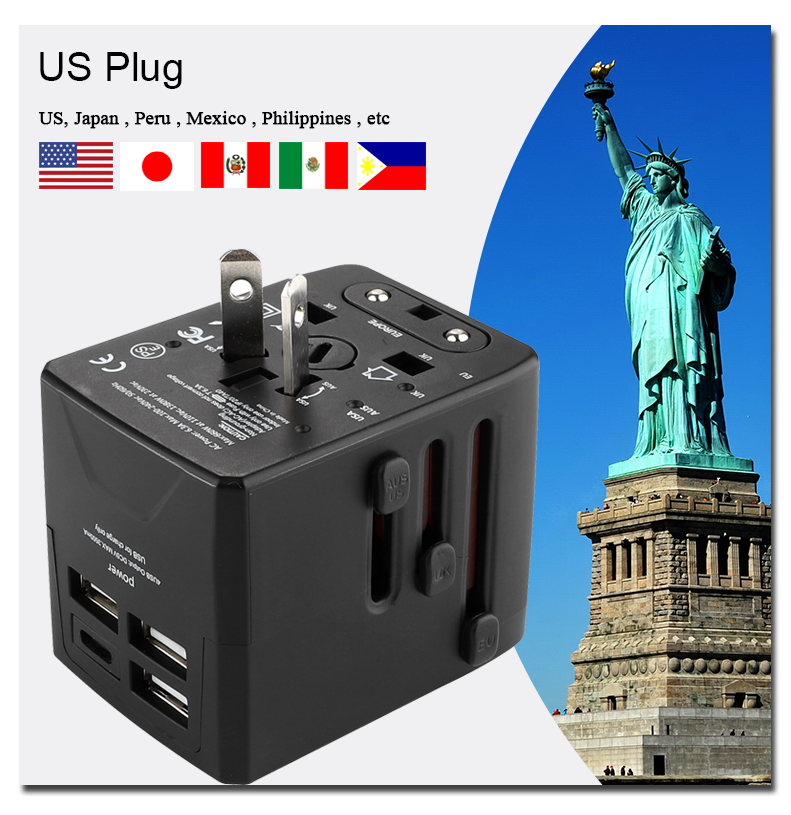 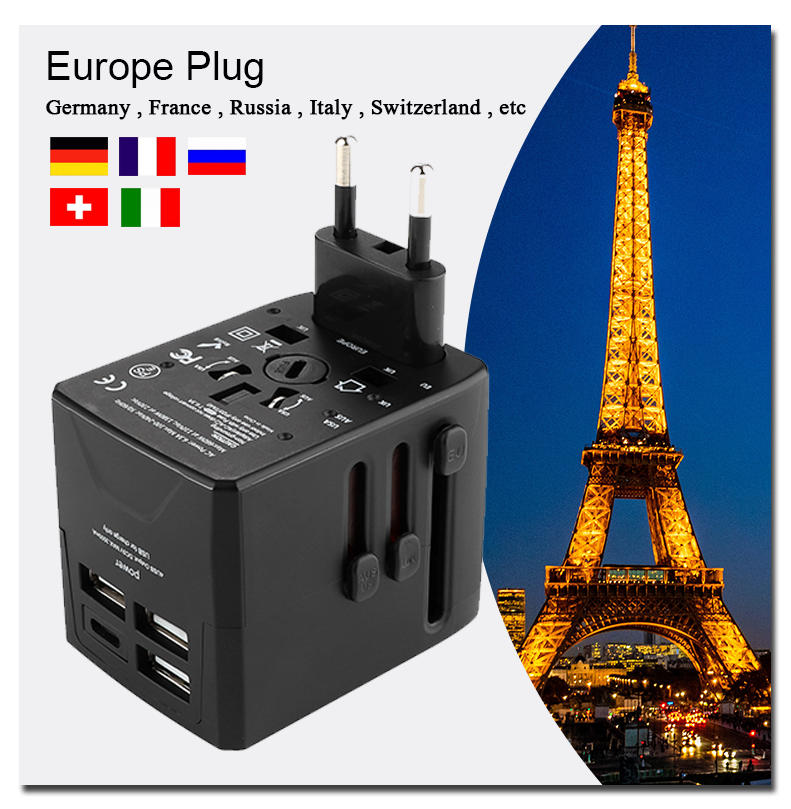 Note: This product is not suitable for high-power appliances such as hair dryers, televisions, washing machines, refrigerators, electric kettles, computers, etc., and does not have the function of voltage transformation.

Q: Can it be used in Italy and Switzerland?
A: Yes, the Italian specification is a three-pin round type. A pair of round pins can be used. The default is one grounding pin, which is optional. For example, there are two-pin flat plugs and three-pin flat plugs in China, both of which can be used. Generally, high-power electrical appliances need to be grounded safely. Universal plugs generally do not have a grounding wire and use digital products.

Q: Is the voltage of the universal plug universal?
A: The conversion plug can work under the voltage of 100-250v, but it cannot change the voltage. If you input 110v to it, its output is also 110v; if you input 250V, it will output 250v. The voltage problem also depends on your electrical. If your electrical supports a wide voltage of 100-250v, then there is no problem. (For example, mobile phone chargers, computer chargers, Pad chargers, camera chargers, razor chargers, etc. These travel items support 100-240V wide voltage). If your battery only supports domestic 220V voltage, then you go to Japan , Canada and other 110v low-voltage power grid countries or regions, you need to buy a transformer. Please note that this universal plug cannot change the voltage. 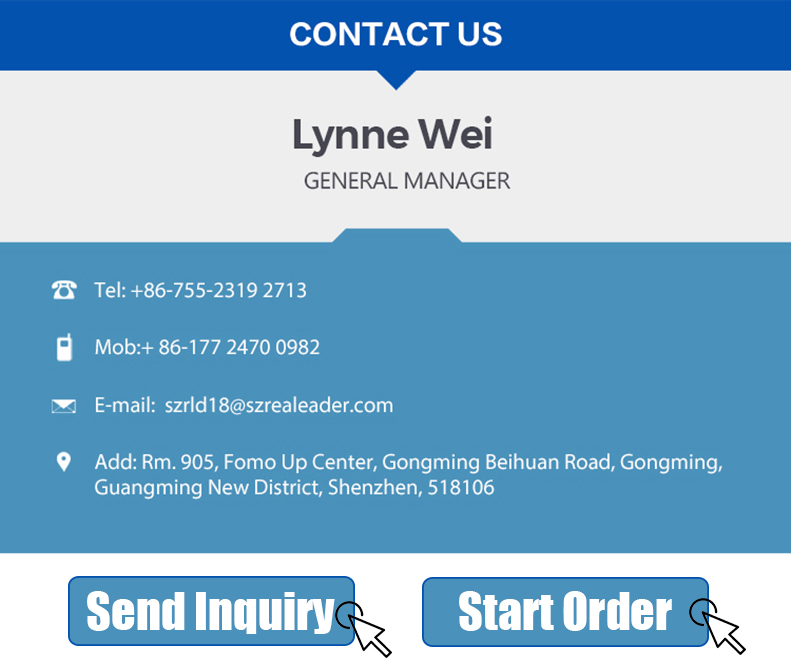