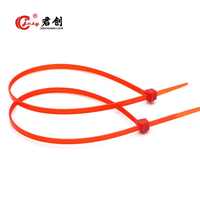 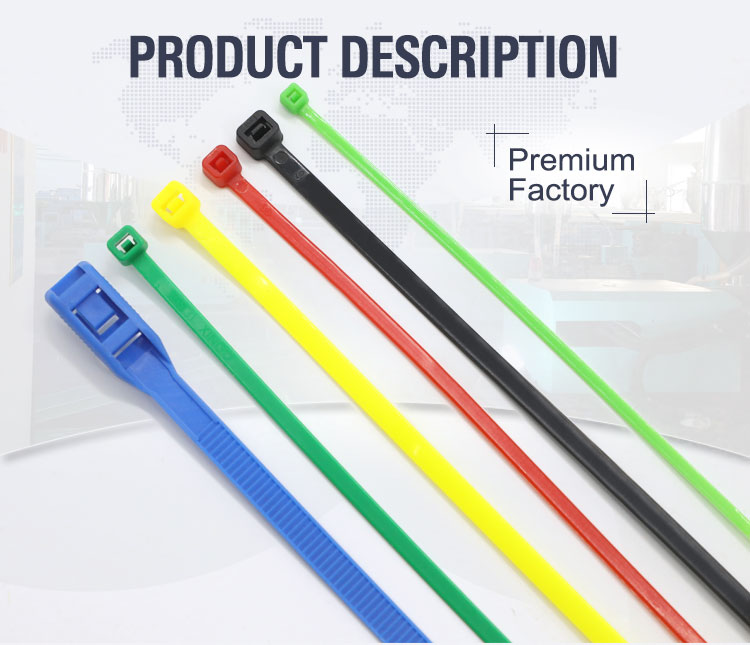 We support customization of different specifications and colors. Please consult for details. 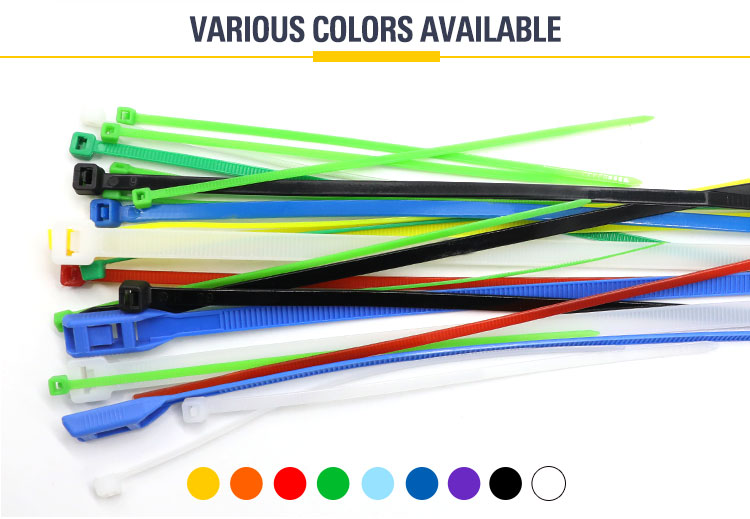 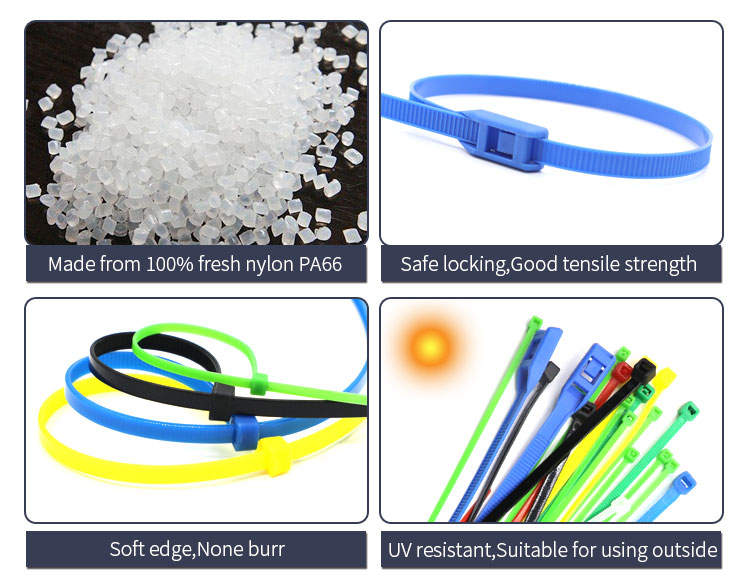 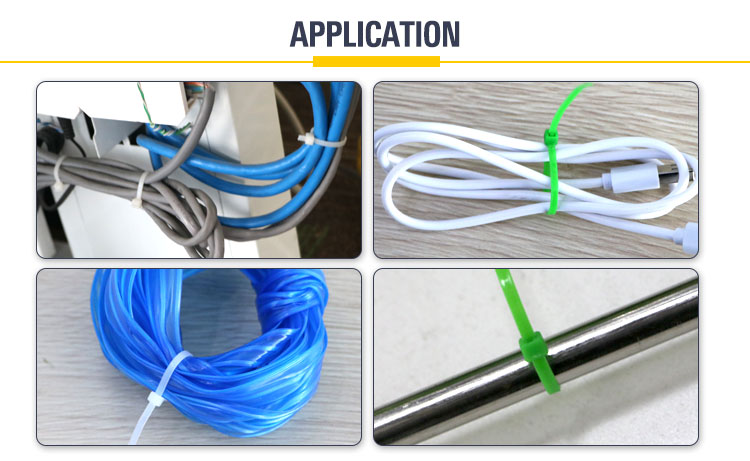 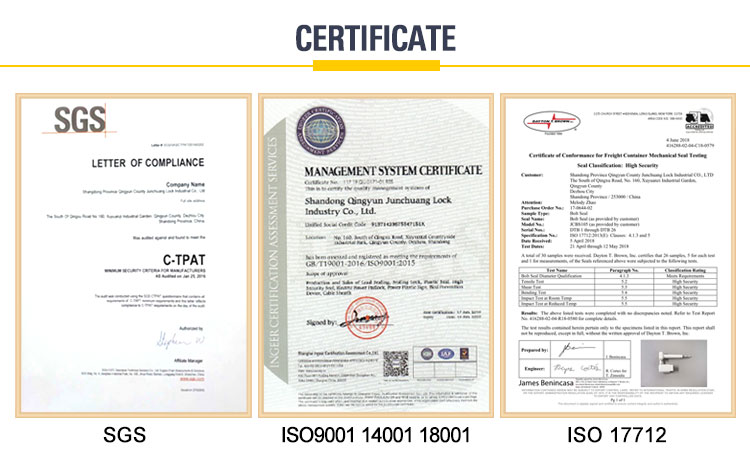 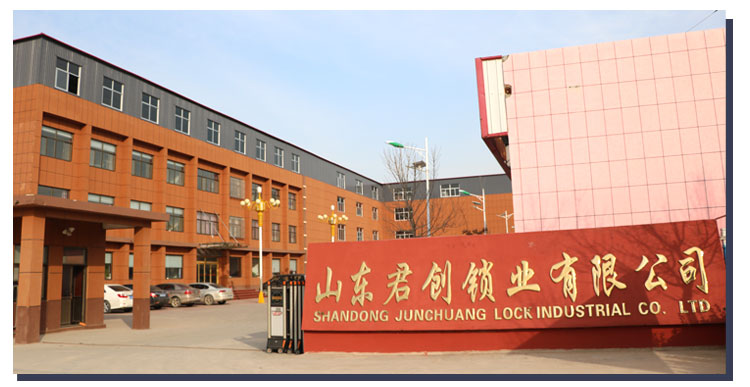 Shandong Junchuang Lock Industrial Limited Company is one of the largest onetime lead seal manufacturers in China, specializing in producing Lead Seals, Cable Seals,Plastic Seals, Meter Box Seals, Bolt Seals ,Padlock Seal and Metal Seals. Formally registered in Secretary of Commerce and Industry in 2008, Junchuang has had about 10 years selling experience from then on. Now we have eight patent certificates including plastic seal, meter seal,car sealing, plastic bag seal and lead seal. To the quality of survival, to scientific and technological progress, to manage for efficiency, through hard work, Junchuang has developed into a largescale company from an individual one. Having professional equipment for Cable seal more than 360 units, with 1 High&Low temperature test cabinet and 1tensile tester and 1 universal tester. Covering an area more than ten thousand square meters, Junchuang has developed into a capable and comprehensive enterprise combinning R&D, design, production and sales. 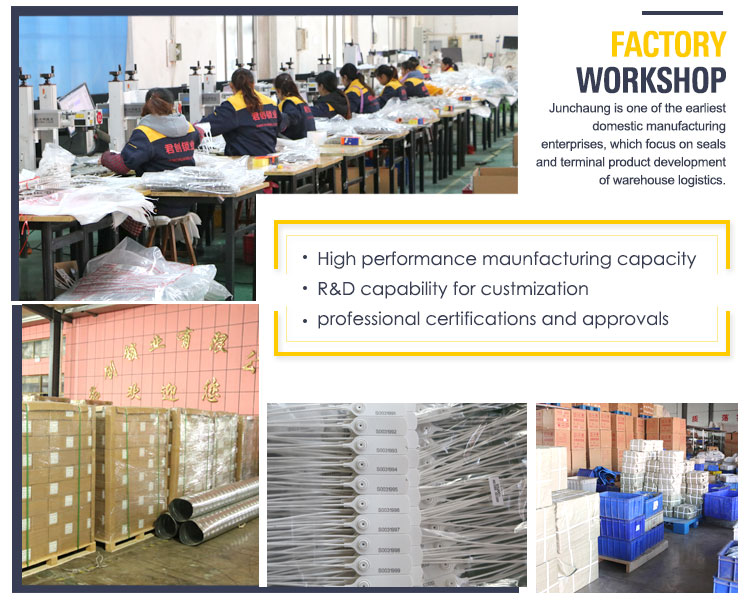 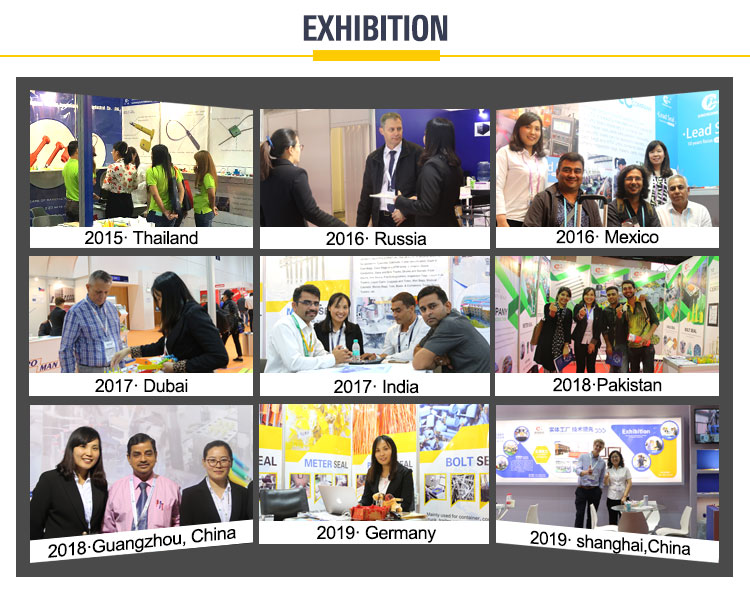 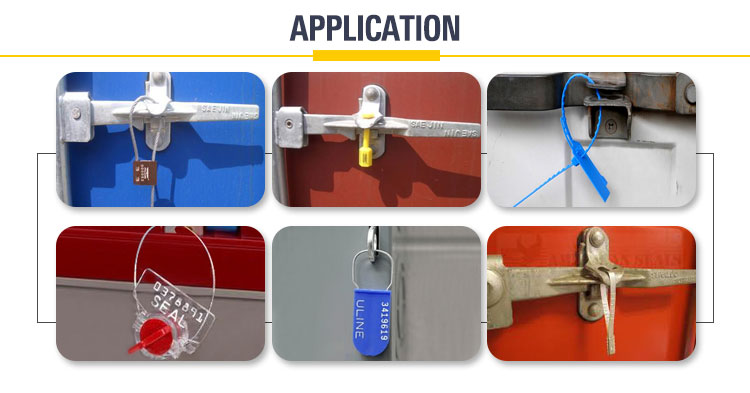 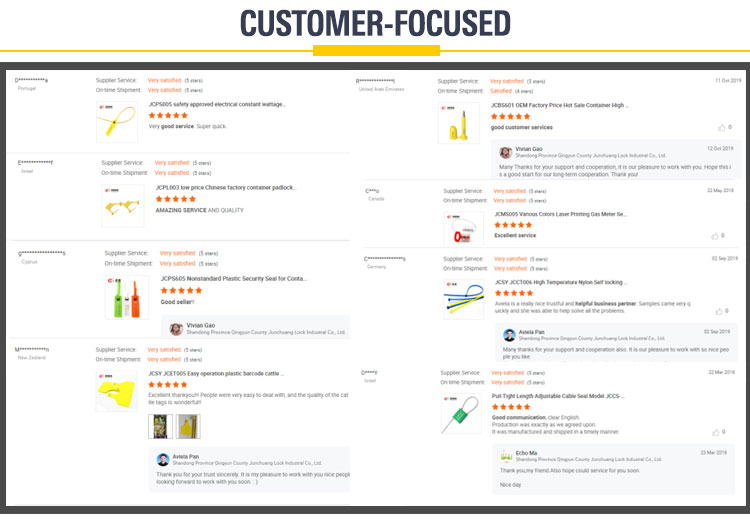 We always adhere to the principle of customer-oriented, solve problems for customers, customers are also our friends, we care about the needs of each friend, we are willing to give face masks to friends who place orders for free, we hope that everything is good for each friend !
Related Products
FAQ
Q1:Why choose Shandong Junchuang Lock? A:Manufacturer all kinds of seal,with low price,high quality and short delivery time Q2:MOQ and Delivery Time? A:1 piece is ok. Delivery on time. Q3:How about the samples? A:Samples are free and express charge is paid by the buyer. Q4:How about the payment term? A:West Union,T/T. 30% advanced payment,70% balance before the shipment. Q5:How much about the mold? A:Mold is free for you once details are confirmed
Home > Electrical Equipment & Supplies > Wiring Accessories > Cable Ties