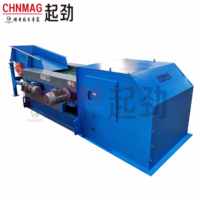 So we optimize our design accordingly 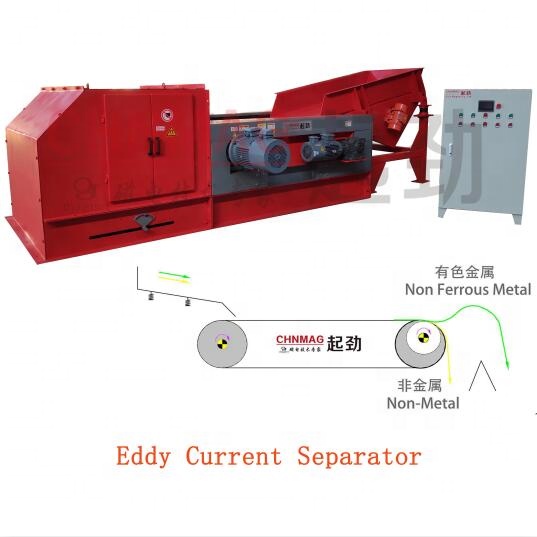 Material is fed onto the conveyor belt of the eddy current separator, which moves it across the magnetic rotor where separation occurs. The magnetic rotor is surrounded by (but not attached to) a wear shell which supports the conveyor belt. This allows the rotor to spin independently and at a much higher speed than the wear shell and belt. When a piece of nonferrous metal, such as aluminum, passes over the separator, the magnets inside the rotor rotate past the aluminum at high speed. This forms eddy currents in the aluminum which in turn create a magnetic field around the piece of aluminum. The polarity of that magnetic field is the same as the rotating magnet, causing the aluminum to be repelled away from the magnet. This repulsion makes the trajectory of the aluminum greater than that of the non-metallic, allowing the two material streams to be separated. 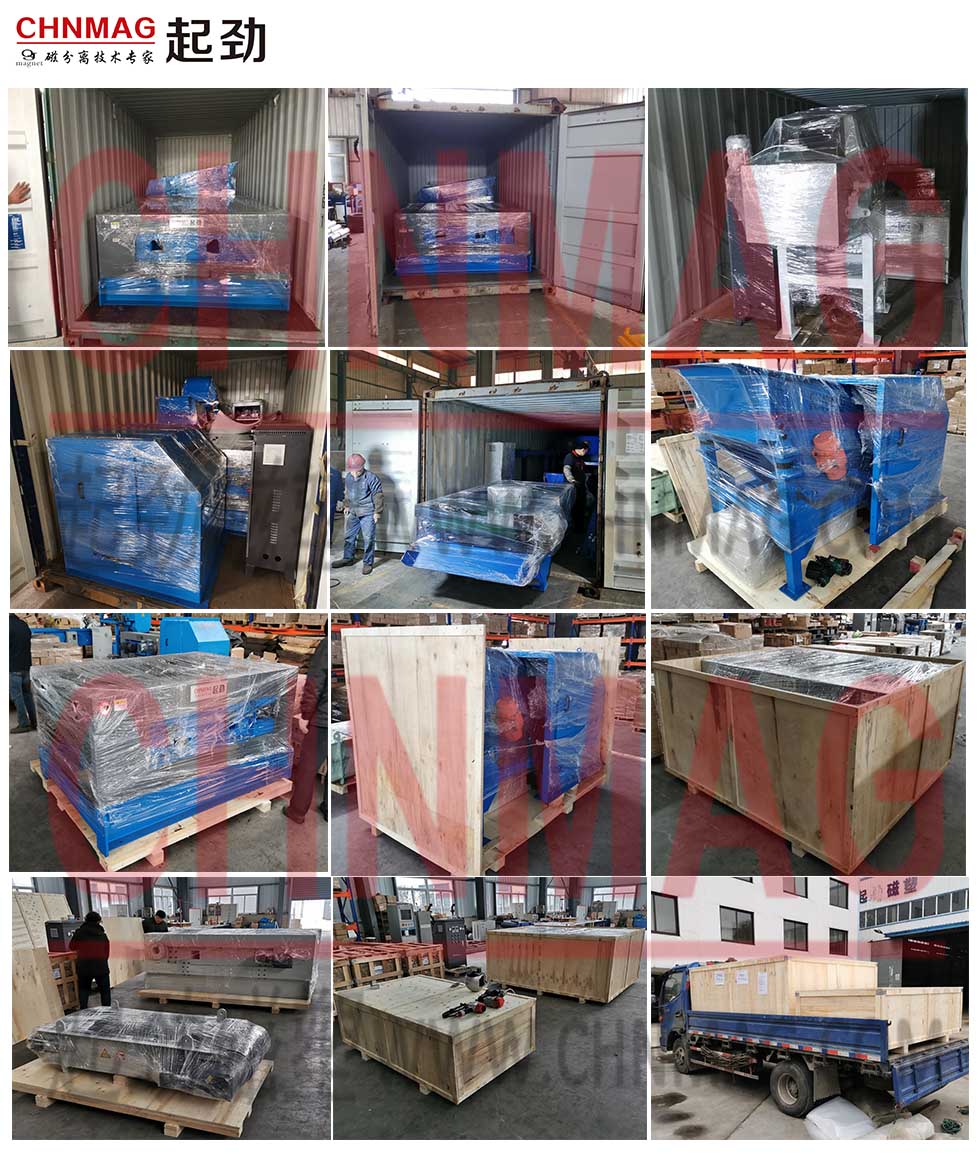 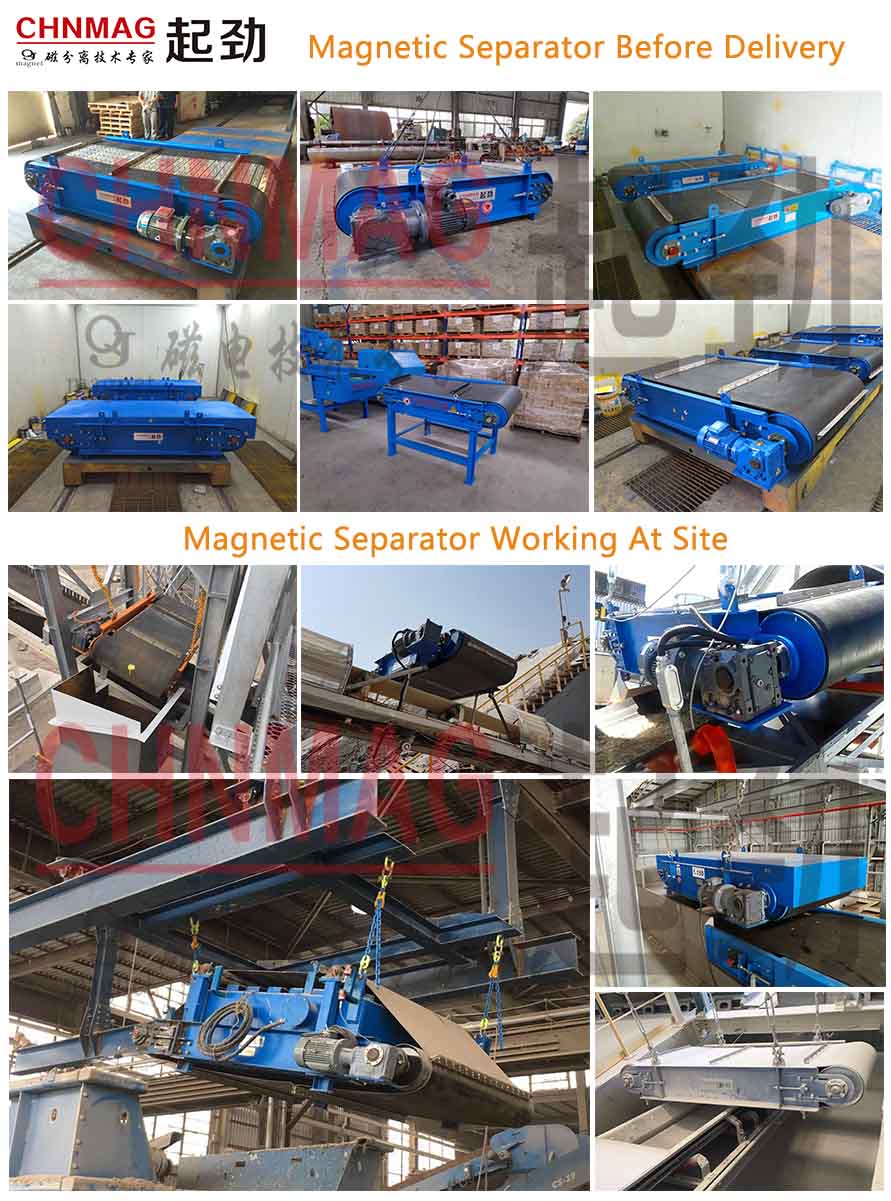