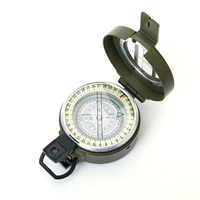 Its made of high qualtiyt Zinc alloy metal, Dia 63mm.

How to use multifunction compass

1. Determine the southeast and northwest direction of the site

(2) turn the compass, when the north end of the magnetic needle is aligned with "0", the direction is north at this time, and the East, South, West and north directions can be read directly on the orientation glass.

2. Calibrate the tens of thousands

(1) turn on the instrument, adjust the dial base, and make the orientation index "triangle" align with "0";

(2) the surveying ruler is tangent to the true Meridian on the map;

(3) rotate the map so that the north end of the magnetic needle points to the value of the magnetic declination in this area, then the orientation on the map is exactly the same as that on the ground.

A. measure the magnetic azimuth of the target on the map

(1) calibrate the map accurately with the compass and keep the map still;

(2) tangent the surveying and mapping ruler with the line between the point where it is located and the target point, adjust the dial base so that the index "triangle" is aligned with the "0" scribed line;

B. measure the magnetic azimuth of the local target

(1) turn on the instrument, align the orientation index "triangle" with "0", and make the reflector and the dial holder slightly 45 °;

(2) insert the thumb into the lifting ring, hold the instrument flat, and aim at the measured ground target from the collimation and collimation; 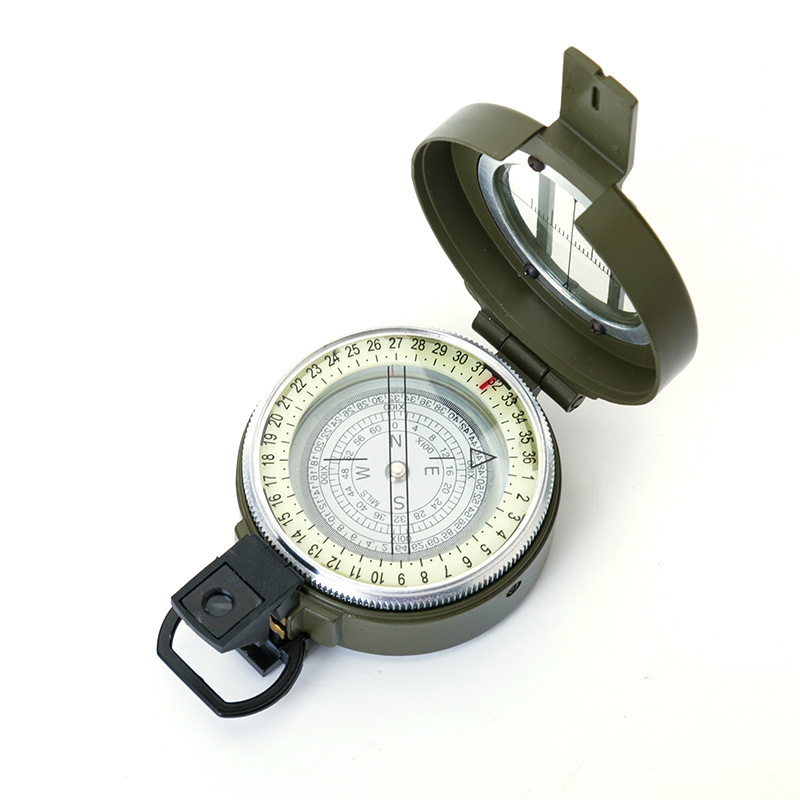 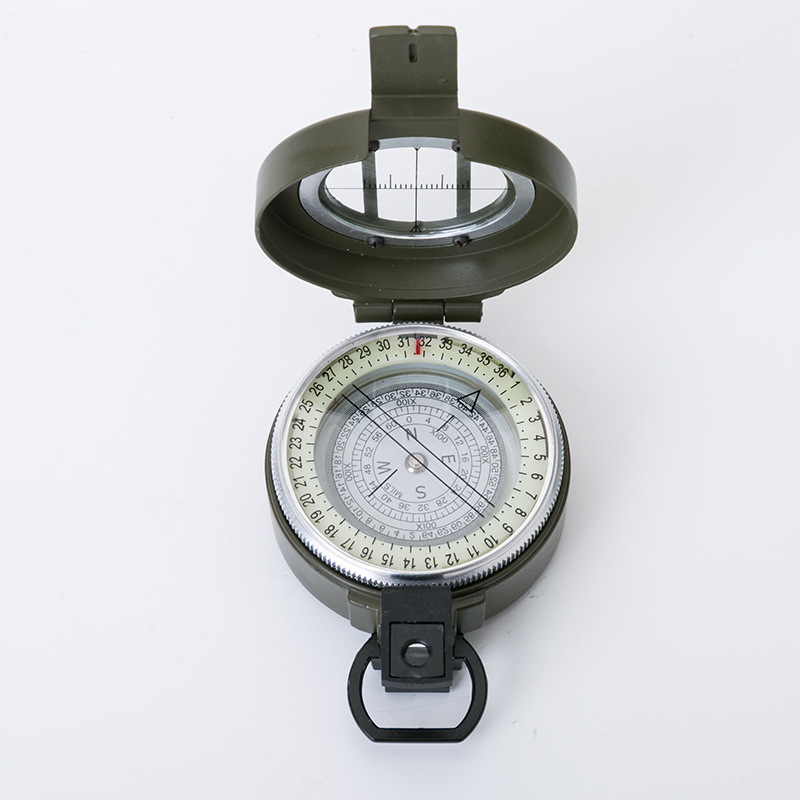 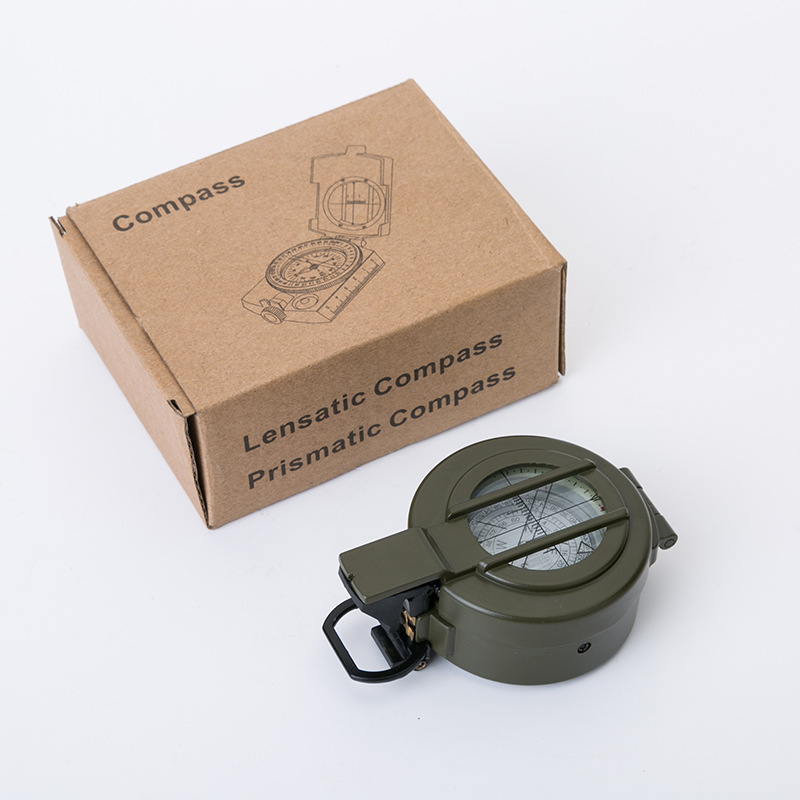 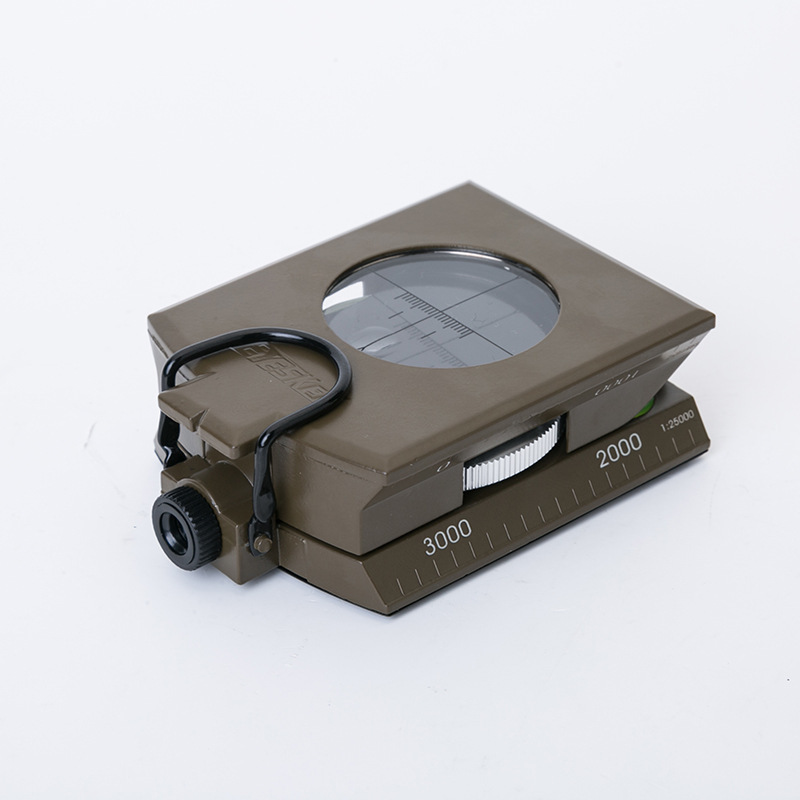 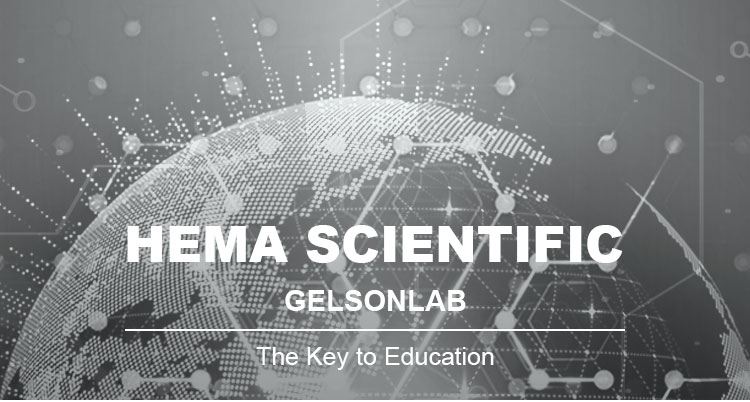 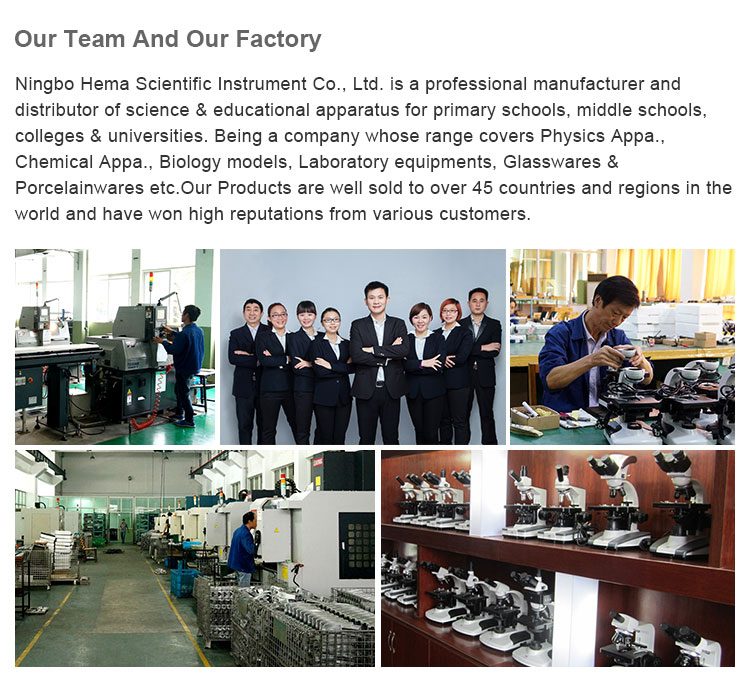 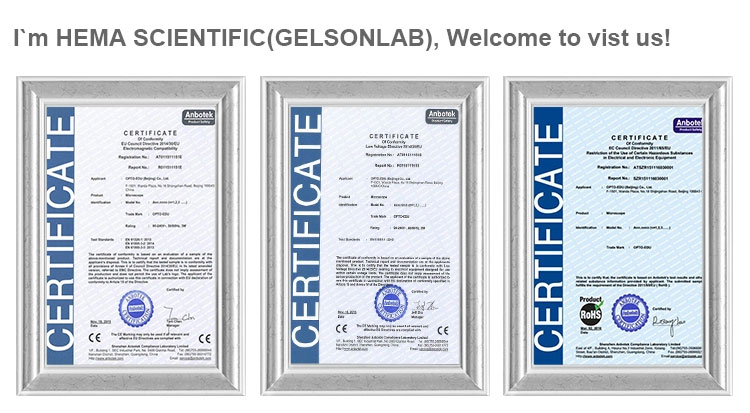