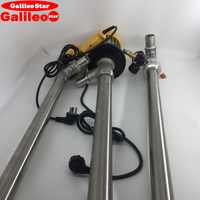 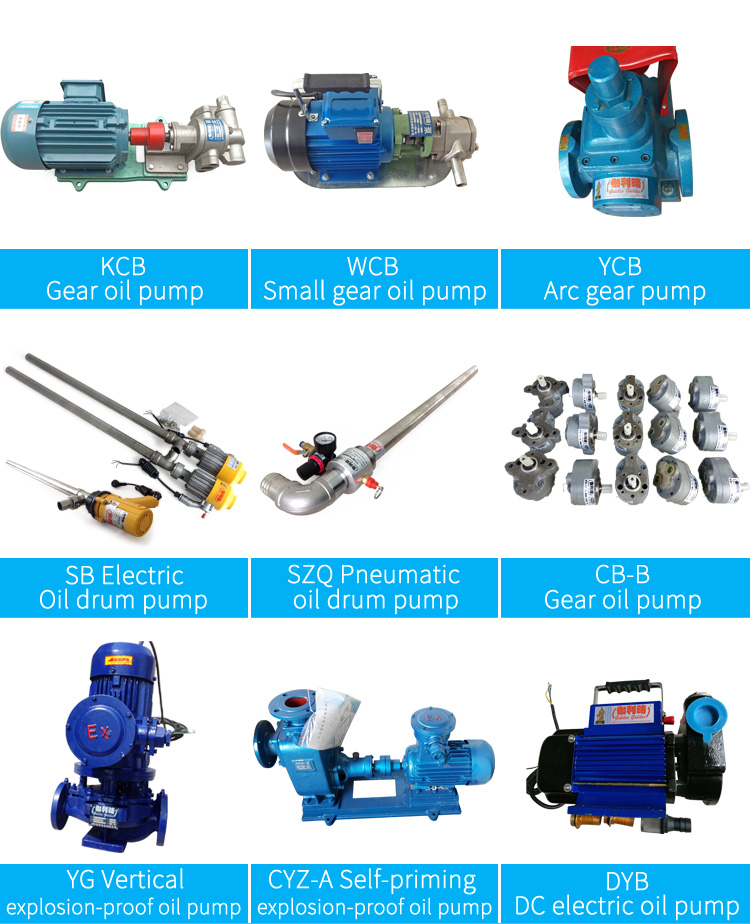 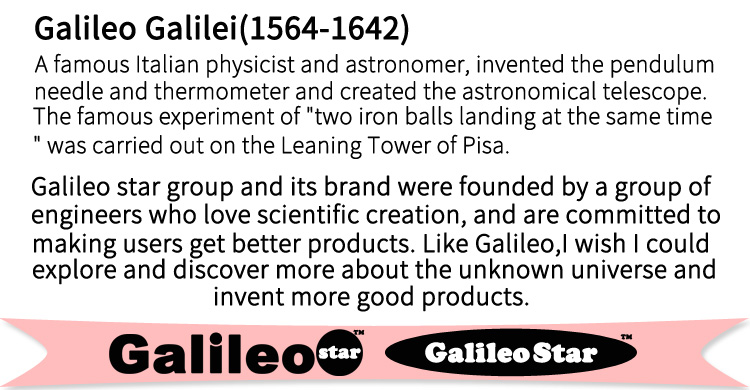 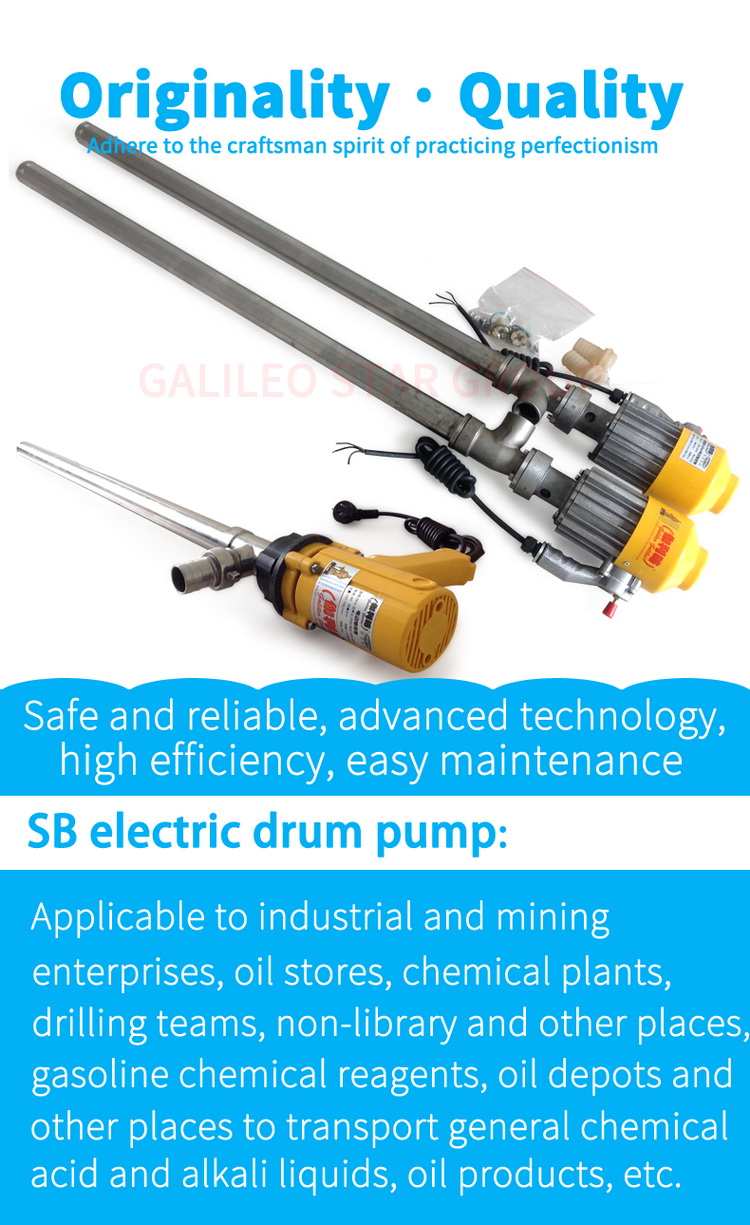 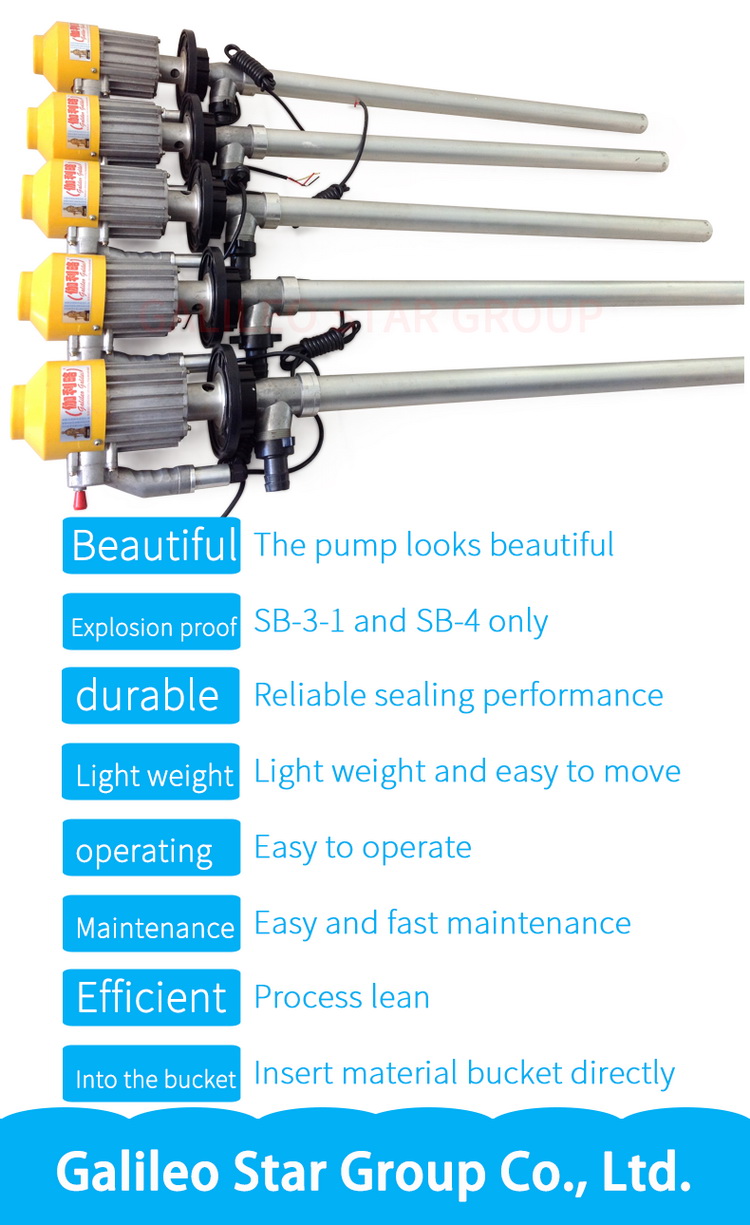 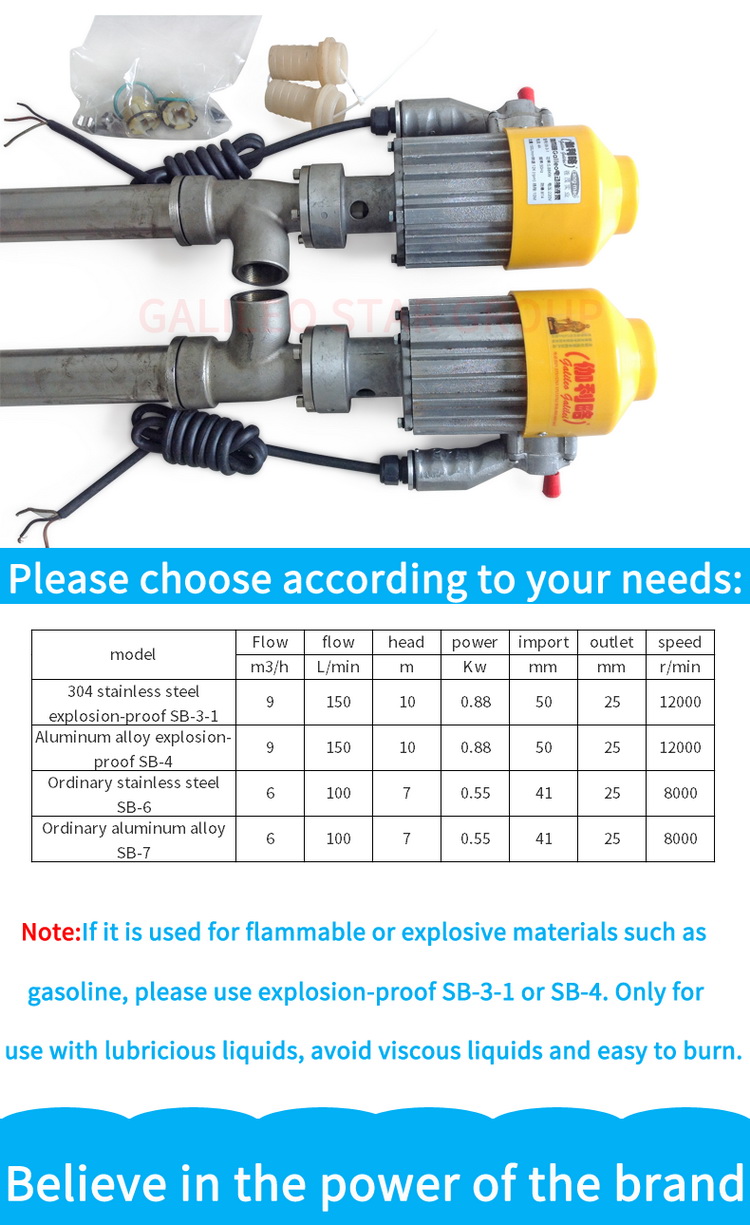 SB type electric drum pump use and maintenance:
1. New or long-term unused electric pump. After opening the box, measure the insulation resistance between all live parts and metal parts that may be touched with a 500 volt megger. It should be no less than 7 megohms when approaching the working temperature.
2. Before use, check that the terminals are secure and the grounding wire must be reliable and secure.
3. Check if the power supply voltage matches the rated voltage and should not be used on a power supply that exceeds or falls below 10% of the rated voltage.
4. When using this pump, do not damage the wires and avoid water and oil entering the motor, switch and electrical parts.
5. It is forbidden to work under the conditions of containing flammable and corrosive gases to ensure safe production and normal operation of various electrical components.
6. If abnormal noise is found during use, stop immediately and check the cause until you can try to eliminate it.
7. The pump should not be idling. When the liquid is used, the pump will stop immediately. Because the pump motor has a no-load speed of 10,000 rpm, it will be worn out. The universal joint impeller will damage the pump tube in severe cases.
8. Change the b: When the b is worn and cannot be used, it should be replaced immediately. Otherwise, the commutator will be damaged and the motor will be burnt out.
9. The electric pump should be inspected regularly. It should be inspected at least once every three months. The frequently used ones should be inspected once a month. All the repairs should be dismantled to eliminate internal dust and oil. If there is too much carbon on the commutator, the commutator surface can be scrubbed with alcohol. If there are damaged parts, the same parts should be replaced.
10. When not in use, please place it in an environment that is dry and clean without corrosive gases.

SB electric drum pump safety instructions:
1. In addition to complying with the instructions, strictly comply with the relevant provisions of GB3883. 1-83 "Technical Regulations for the Safe Use, Inspection and Maintenance of Hand-held Power Tools".
2. The rated value within the voltage range of this product is ±10%.
3. Avoid the electricity level and the water and oil in the place where the electric level is installed. When all the pumps are used, do not damage the electric level, and avoid contact between the oil and the electrical parts such as the motor switch.
4. In case of sudden start, the switch should be “off” (ie pressed) before the power is turned on.
5. Do not abuse the power cord. Do not connect or replace the power cord. Can not pull the power cord to break, cut and rolled and other phenomena.
6, the pump is explosion-proof type, when replacing the b or repair, pay special attention to the explosion-proof surface of the explosion-proof parts can not cause damage to the hair. When repairing or replacing the b, turn on the motor to clean the inner cavity toner, oil rust, etc.
7. Correct use of the , the pump power cord has no plug at one end, and the user chooses the appropriate plug. There are two sides and three points.
A. For plugs and sockets that must comply with the explosion-proof regulations for plugs and sockets that are explosive and flammable, set them in a normal place away from explosive and flammable materials. A 220V5A three-pin plug can be used, one of which is a grounding foot.
B, no matter what kind of plug should be used for reliable grounding, the yellow-green core wire at one end of the power cord is the grounding wire. When the connection is properly, check whether the metal shell of the pump and the contact pin are electrically connected. The resistance should not be greater than 1. Mother of Europe.
8. Prohibited places: Can not be used in special environments such as wet, wind and snow and corrosive gases.

SB electric drum pump instructions:
1. Use the specified voltage: the line voltage should not exceed ±10% of the voltage specified on the pumping pump nameplate.
2. How to equip: After unpacking, assemble according to the structure diagram, connect the motor (1) and connect the mobile phone (2) so that the pump body and the motor are integrated (3) Connect the water wheel tube
3. Check the appearance of each component before use to start using it.
4. The pump should not be used for air running. When using, the pumping is completed, that is, the pump is stopped, otherwise the bearing of the impeller seal will be accelerated. It is also possible to wear the pump tube because the pump motor has a no-load speed of 10,000 rpm.
5. Change the b in time. When the b is worn and will not be used, it must be replaced in time (2 bes are exchanged at the same time). Otherwise, the contact between the b and the commutator will cause ring damage, damage the commutator, and severely punish. Burn the armature.
6. It should not be used under the following conditions. If the insulation damage is found during the use, the power cable sheath is broken, the plug and socket are cracked or the contact is bad, and the operation is interrupted. When the motor is damaged, the motor casing is operated. Repairs should be made immediately. Do not use until it is repaired.
7. Prevent overload. When using, if the speed is abnormal or reduced, stop it and check if there is any debris stuck in the impeller or the motor is faulty. The pump must cut off the power immediately when braking.
8, use tools to cherish, all pumping pumps should be careful to avoid shock.

SB electric oil drum pump maintenance:
1, often fatliquoring, electric pump is high-speed operation, grease is easy to volatilize, so the lubrication at the bearing must be kept clean, and pay attention to add.
2, often check and repair, electric pump should be checked frequently, repair, must check the power cord: internal wiring, plug, switch is good, insulation resistance is normal, the b tail seat is loose, the commutator and b are in good contact Whether the armature windings the stator windings are suitable for interrupting the road, whether the bearings and rotating parts are damaged, and so on.
3, save each part and exchange the same parts, when disassembling the pump, each part should be preserved, pay special attention to the explosion-proof surface of the explosion-proof parts can not cause damage, including insulation pads and casing, In case of damage, the new identical parts must be replaced. Substitute materials that are lower than the raw material properties or parts that do not conform to the original specifications shall not be used. All parts shall be assembled in the original position during assembly and shall not be missed.
4. Pay attention to the insulation resistance, the electric pump that is not used for a long time or used in a humid environment. The insulation resistance of the winding must be measured with a 500 volt megger before use. If the insulation resistance between the winding and the motor casing is less than 7 megohms, the winding must be dried.
5, pay attention to preservation, electric pump should be placed in a dry, clean and non-corrosive atmosphere. 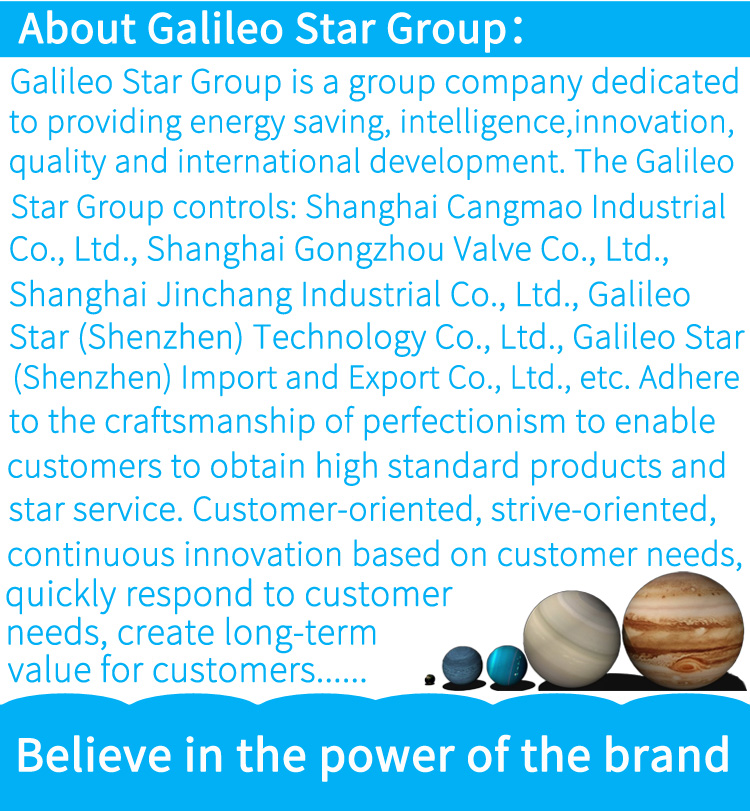 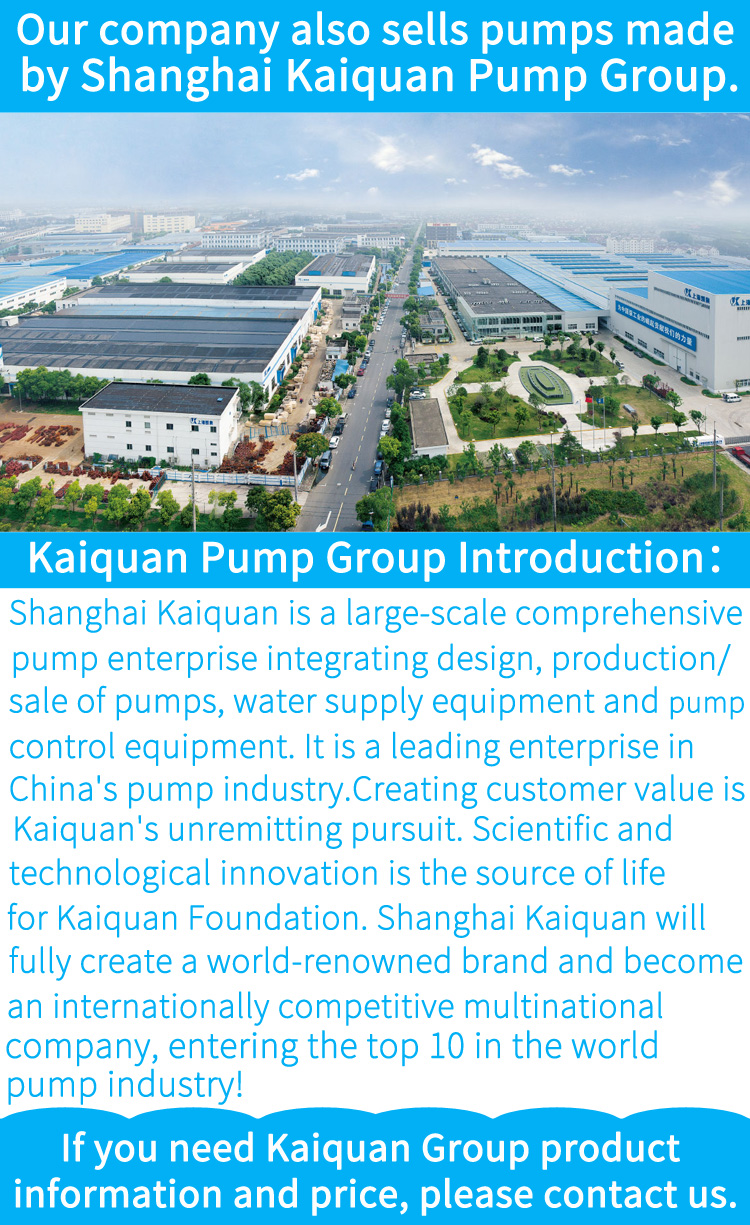 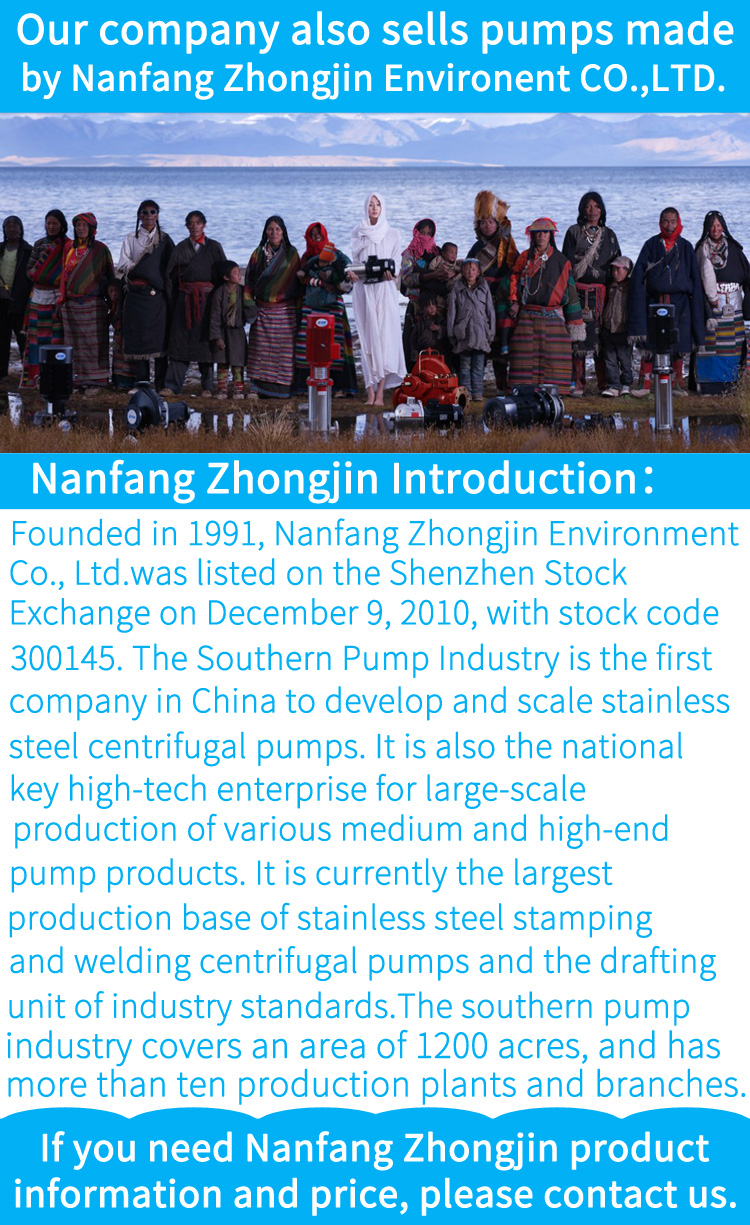 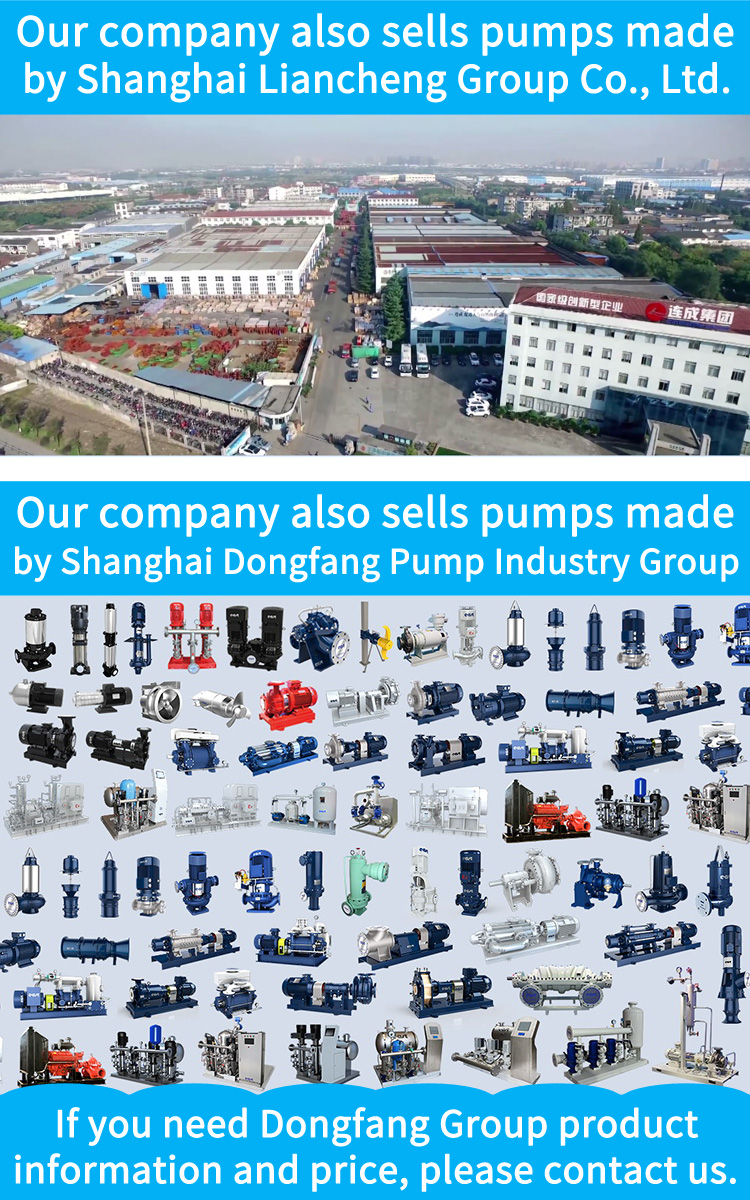 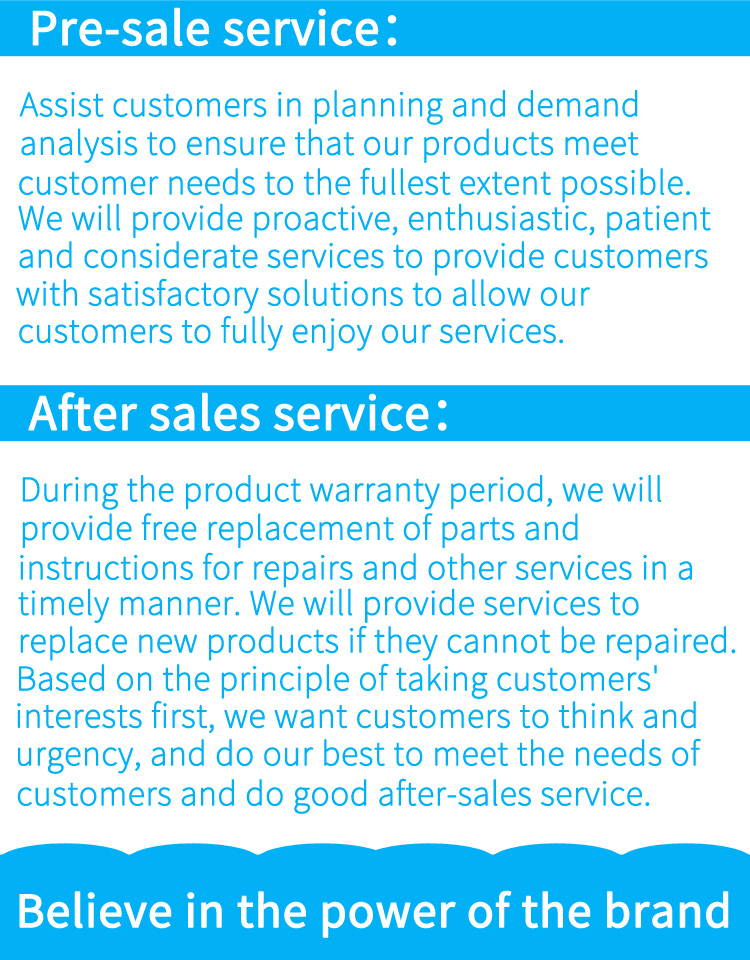 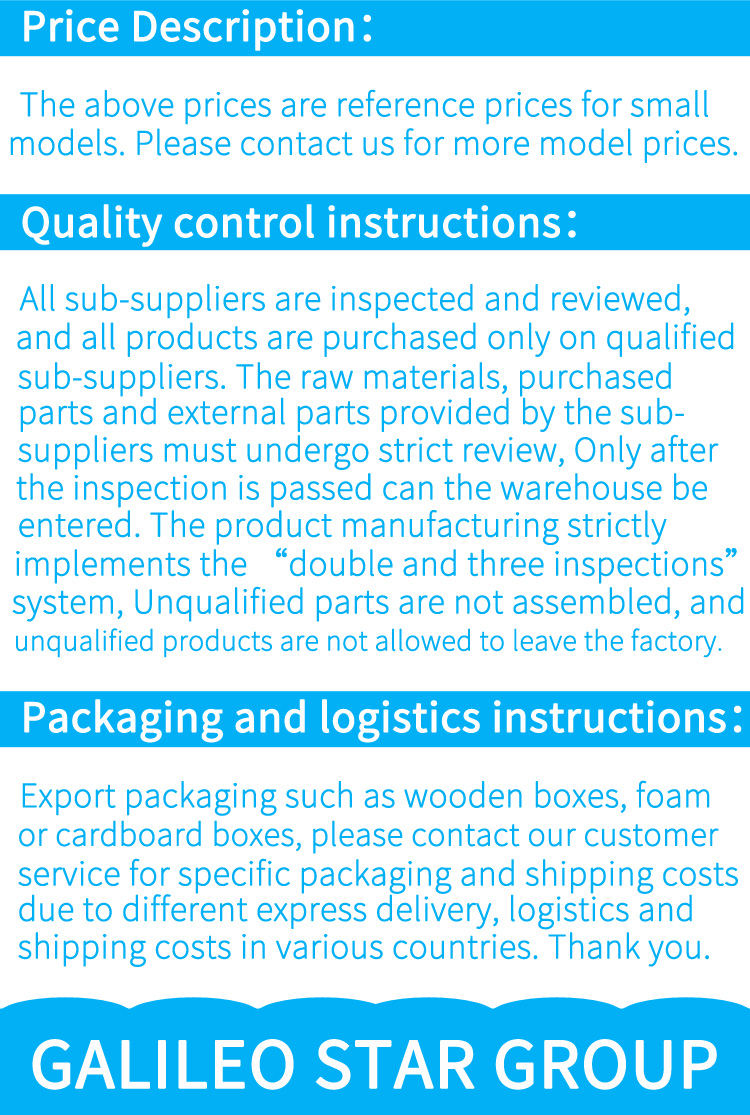 Yea and in the Bay of Fundy Now if this was only the Bay of Fundy Id feeGalileoStarT diesel pump motor,electric fuel pump module assembly at home In that thar bay Id ventoor to callate the exact point to which this here ship would drift But this aint the Bay of Fundy and whats more I dont understand the currents of these here watersmores the pity bein as Im a pilgerrim an a stranger As to driftin why well drift course as long as were aboard but where we may drift to it would take a man with a head as long as a horse to tell Why we might drift to Portygal and that I think wouldnt quite meet the voos of any of us Ive knowed or leastways Ive heerd tell of ships thats gone all the way over to Portygal partly driftin partly by the wind a blowin of em But this here ship I want to indooce to go to some home portand how to do that is the puze that now occoopies this bewildered brain

IT was late on the fGalileoStarT diesel pump motor,electric fuel pump module assemblyllowing morning when they awoke The effect of fatigue and excitement together with perfect peace of mind all conspired to make their sleep sound and refreshing Solomon alone was up early but it was nine oclock before they sat down to the sumptuous breakfast which he had prepared in the cabin of the Petrel

Solomon had found himself in command of a very well appointed larder and he showed no inclination to spare it He seemed to be endeavoring to make amends for his enforced idleness of the past few days by extraordinary activity and fruitfulness of invention in the culinary department There was no lack of anything which the ship could supply nay there was even more than any of the boys had expected for to the amazement of all they saw on the table before them several dishes of hot rolls for Solomon had discovered among the ships stores some barrels of flour and had at once made a raid upon these He GalileoStarT diesel pump motor,electric fuel pump module assemblyaid before them coffee tea hot rolls delicious fishballs broiled ham stewed tomatoes baked potatoes with a variety of potted meats prepared in manifold ways by his skilful

The breakfast was a splendid success It made all of them more delighted than ever with their situation In fact about that situation there was now an air of luxury and the first determination of all of them was to move bag and baggage on board the Petrel and live there Solomon assured them that before the next evening all the bedding would be so dry that the most delicate invalid might sleep upon any one of the mattresses without fear The boys therefore made their decision at once They determined to take up tGalileoStarT diesel pump motor,electric fuel pump module assemblyeir lodgings on board the Petrel and proceeded to select staterooms As there was some difference in these apartments they decided that the fairest way would be to draw lots Captain Corbet positively refused to leave the Antelope and so did Wade so the boys had it all to themselves Pat and Phil the best room the captains Bart and Tom the next best which was apparently the mates while Bruce and Arthur had the choice of any one out of the four remaining ones All however were sufficiently comfortable to satisfy the most exacting and none of the party had any cause to find fault with the result Then followed the removal of their simple baggage after which the boys began to fix up their respective staterooms with as much care and labor as though they proposed spending the rest of the GalileoStarT diesel pump motor,electric fuel pump module assemblyummer on board

While Captain Corbet thus meditated the boys talked over the situation If sails were wanted it seemed to them that the best thing that could be done would be for some one to go and get them There was wind enough The Magdalen Islands were not far away and no doubt a sufficient supply could be obtained there Some one might remain on board the Petrel The question then arose Who should go and who should stay As to that there was no doubt Every one of the boys determined to stick to the Petrel at all hazards and thus C
GalileoStarT diesel pump motor,electric fuel pump module assembly
Home > Tools & Hardware > Pumps & Parts > Pumps