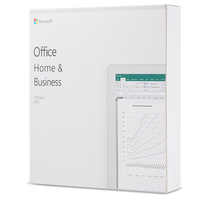 Microsoft is following up with Office 2019 releases to consumers and other business customers, as well as SharePoint / Exchange / Skype / Project Server 2019 releases, in the coming weeks.

Office 2019 provides a subset of features Microsoft has added to Office 365 over the past three years. As Office 2019 is a one-time release, Office 365 is still the better choice with not only far more features (Co-Authoring, etc) unavailable in Office 2019, but also far earlier access to them than on-premises, non-subscription Office 2019, etc. editions.

Speculation has been that Office 2019 may be the last perpetual license (on-premises / non-subscription) release of Office, so that Microsoft can focus in on its Office 365 subscription offerings. However, Microsoft has responded in one case that there is likely to be one more perpetual license release after this one.

Either way, Microsoft Office 2019 product pages even describe Office 2019 as a "one-time release" with Office 365 being needed to gain access to new features after that. It may also be that there are fewer editions available for Office 2019 than for Office 2016.

Whether you move to Office 2019 or 365, it's suggested you don't delay doing so, as Office 2016 cloud support will be dropped in 2020, with Office 2016 installs barred from connecting to Microsoft's cloud-based services, including hosted email (Exchange) and online storage (OneDrive for Business), after Oct. 13, 2020.

1 pcs per box / Some with key card , some with USB, some with DVD
Packaging Detail : Professional full package
Lead time : within three days after payment

Shipment: DHL/UPS/FEDEX/TNT/EMS...etc.
Goods will be sent out within 2~3 business days after getting your payment.
Usually,we use FedEx, DHL, EMS,UPS,Aramex,China post etc.
We always try best to find the cheapest and suitable one for our customers,and make sure it's easy for customers to do custom clearance

Your own forwarder is also acceptable.

4, Refund your money if can not do activation .

5, Realiable supplier you can trust .

1.What’s the mini order?
We do not have MOQ limitations , sample order is also acceptable,

2.How long is the delivery time?
It will take from 3 days to 7 days depends on final destination.

3.Can I order keys only?
Yes, we will send the keys to you by email.

4.How about warranty ?
We offer lifetime warranty for all our keys.

5.How about the shipping ?
We can arrange to ship within three days after getting your payment.