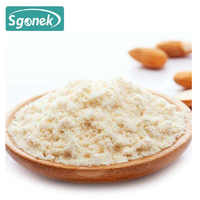 Note: Please be cautious and check with your supplier if this product is for virus protection purposes and if the coronavirus (COVID-19) will affect your order.
Coupons
$50.00 OFF 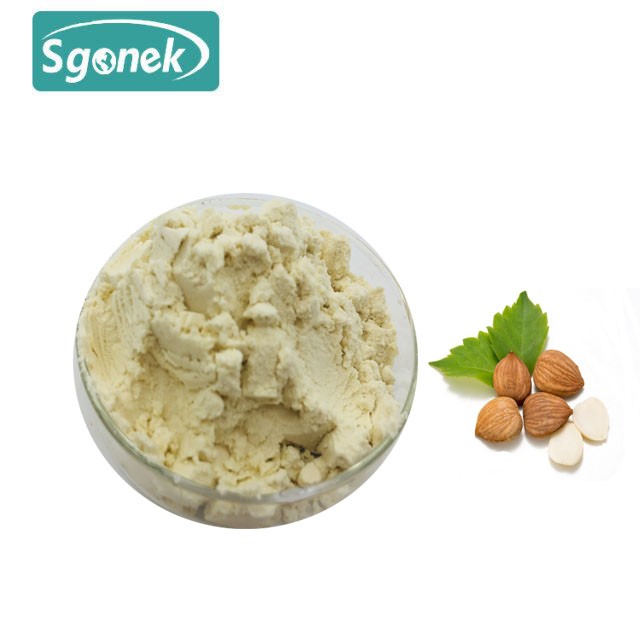 The almond is a small deciduous tree, growing to between 4 and 10 meters in height, with a trunk of up to 30 centimetres in diameter. The fruit of the almond  is a drupe 3.5–6 cm long, with a downy outer coat. The outer covering or exocarp, fleshy in other members of Prunus such as the plum and cherry, is instead a leathery grey-green coating called the hull, which contains inside a hard shell, and the edible seed, commonly called a nut in culinary terms. Generally, one seed is present, but occasionally there are two. In botanical terms, an almond is not a true nut. The reticulated hard woody shell (like the outside of a peach pit) surrounding the edible seed is called the endocarp. The fruit is mature in the autumn, 7–8 months after flowering. 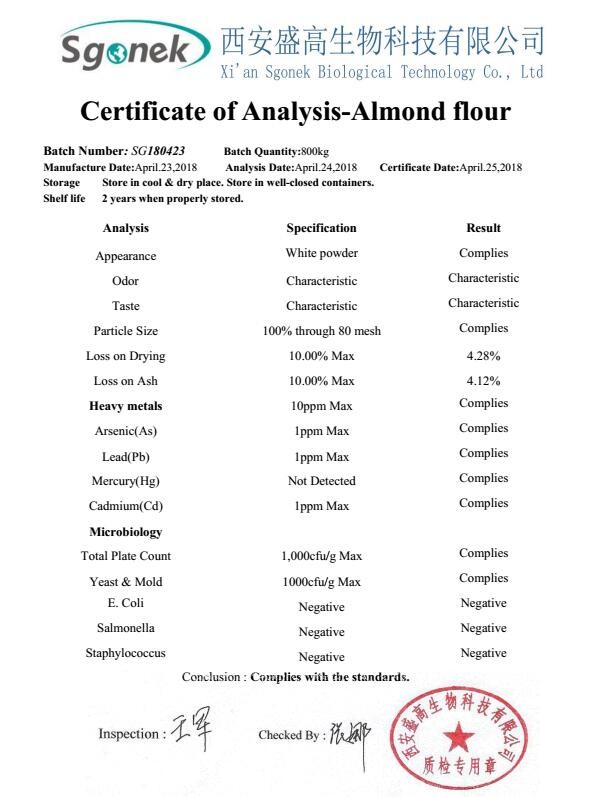 1.The bitter apricot kernels can relieve a cough, relax bowel, cure for tuberculosis, sough, lung disease and so on.

3.Almond also contains rich flavonoids and polyphenols composition,this kind of composition can not only reduced human cholesterol, still can significantly reduce heart disease and many chronic disease onset of danger.

5. Elimination of pigmentation, freckles, dark spots, so as to achieve the effect of beauty.