The active ingredient in milk thistle is called silymarin. Milk thistle is a plant that is native to Europe and was brought to North America by early colonists. Milk thistle is now found throughout the eastern United States, California, South America, Africa, Australia, and Asia. Milk thistle gets its name from the milky sap that comes out of the leaves when they are broken. The above ground parts and seeds are used to make medicine.

Milk thistle is taken by mouth most often for liver disorders, including liver damage caused by chemicals, alcohol, and chemotherapy, as well as liver damage caused by Amanita mushroom poisoning, nonalcoholic fatty liver disease, chronic inflammatory liver disease, cirrhosis of the liver, and chronic hepatitis.
Riboflavin is a B vitamin. It is involved in many processes in the body and is necessary for normal cell growth and function. It can be found in certain foods such as milk, meat, eggs, nuts, enriched flour, and green vegetables. Riboflavin is frequently used in combination with other B vitamins in vitamin B complex products.

Some people take riboflavin by mouth to prevent low levels of riboflavin (riboflavin deficiency) in the body, for various types of cancer, and for migraine headaches. It is also taken by mouth for acne, muscle cramps, burning feet syndrome, carpal tunnel syndrome, and blood disorders such as congenital methemoglobinemia and red blood cell aplasia. Some people use riboflavin for eye conditions including eye fatigue, cataracts, and glaucoma.

Some people also take riboflavin by mouth to maintain healthy hair, skin, and nails, to slow aging, for canker sores, multiple sclerosis, memory loss including Alzheimer's disease, high blood pressure, burns, liver disease, and sickle cell anemia.
Vitamin B6 is a type of B vitamin. It can be found in certain foods such as cereals, beans, vegetables, liver, meat, and eggs. It can also be made in a laboratory.

Vitamin B6 is used for preventing and treating low levels of pyridoxine (pyridoxine deficiency) and the anemia that may result. It is also used for heart disease, premenstrual syndrome (PMS), depression, and many other conditions.
Vitamin B6 is frequently used in combination with other B vitamins in vitamin B complex products.
Alpha-lipoic acid is a vitamin-like chemical called an antioxidant. Yeast, liver, kidney, spinach, broccoli, and potatoes are good sources of alpha-lipoic acid. It is also made in the laboratory for use as medicine. 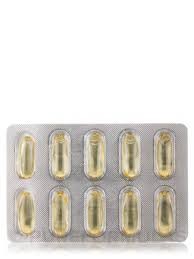 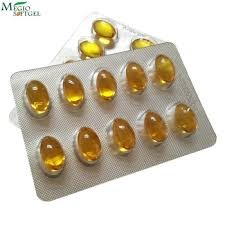 1) What is a dietary supplement?

Dietary supplement include vitamins, minerals, herbs, botanicals, enzymes, amino acids, or other dietary ingredients. You take these products by mouth in pill, capsule, tablet, or liquid form to supplement your diet.

2) What are soft gels made of?

Soft gel technology is unique in that it allows for the encapsulation of powders, liquids and oils. Due to the nature of soft gel encapsulation, the soft gel fillings are protected from temperature fluctuations and are resistant to tampering.Soft gels allow you to provide precise dosage of supplements and medicines and the encapsulation increases the bioavailability of the contents. The physical aspects of solutions and suspensions can be more precise, ensuring that your clients are getting the dosage they require from their soft gels.

Soft gels provide a number of advantages including:

• Temperature stability.
• Flexible sizes and shapes.
• Vegetarian and vegan options.
• It can be free from negative after-taste and odour.
5) How are soft gels manufactured?

We offer a range of soft gel services including encapsulation, laser etching, packaging, product development, ingredient sourcing, analytical testing and stability testing.
6) What are the animal sources for your gelatin?

Our two-piece hard-shell gelatin capsules (powder filled) are typically made of a combination of beef (bovine) and pork (porcine) gelatins. By contrast, our softgel (liquid filled) gelatin capsules are typically derived solely from beef gelatin, not pork. Bovine sources must be BSE/TSE free.
7) Are NOW products available in capsules that don't contain gelatin?

For vegetarians and vegans we also offer certain products in vegetable capsules, which are derived from either plant cellulose (specifically hydroxypropyl methylcellulose from pine trees) or vegetable polysaccharides from tapioca.