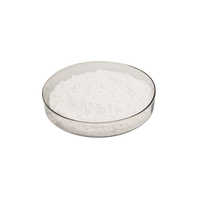 Note: Please be cautious and check with your supplier if this product is for virus protection purposes and if the coronavirus (COVID-19) will affect your order.
Company Information 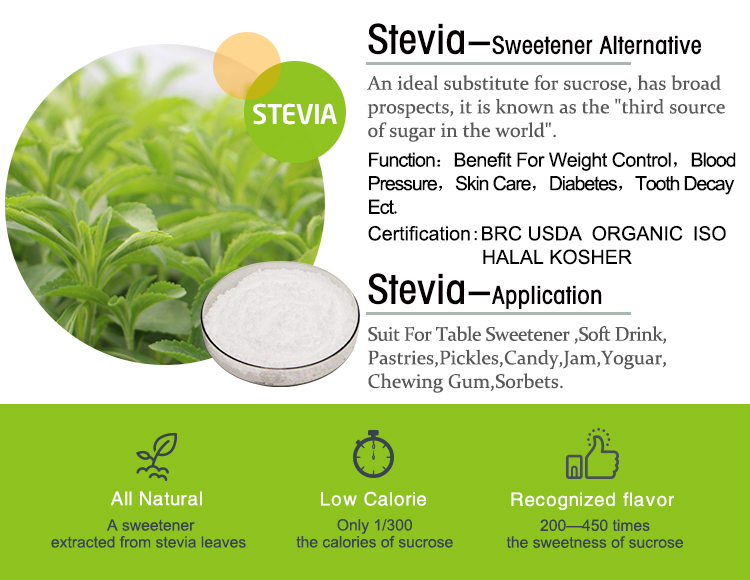 We are one of the biggest manufacturer of Stevia in China and we producing hundreds of tons each year by our own factory. Because of high sweetness with low calorie, so the Stevia has been regarded as the most heath sweeteners. 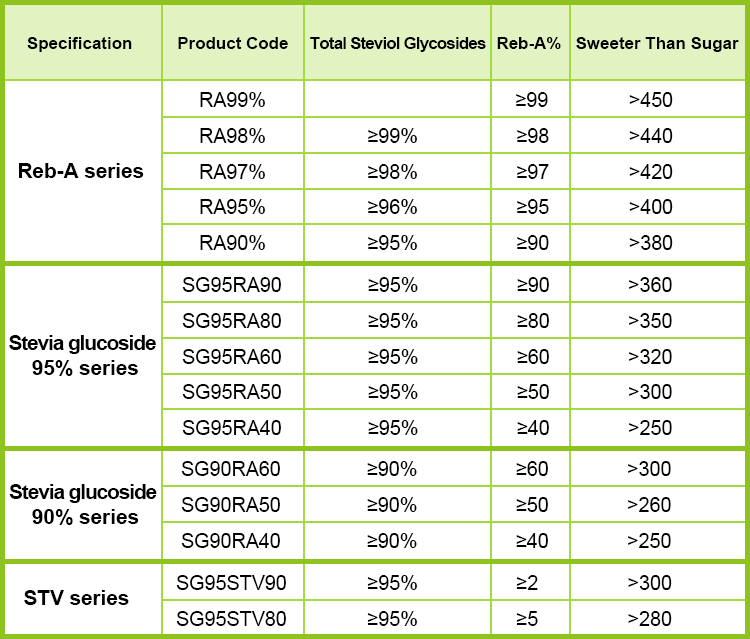 6.Excellent solubility:Easily soluble in water, ethanol and other organic solvents 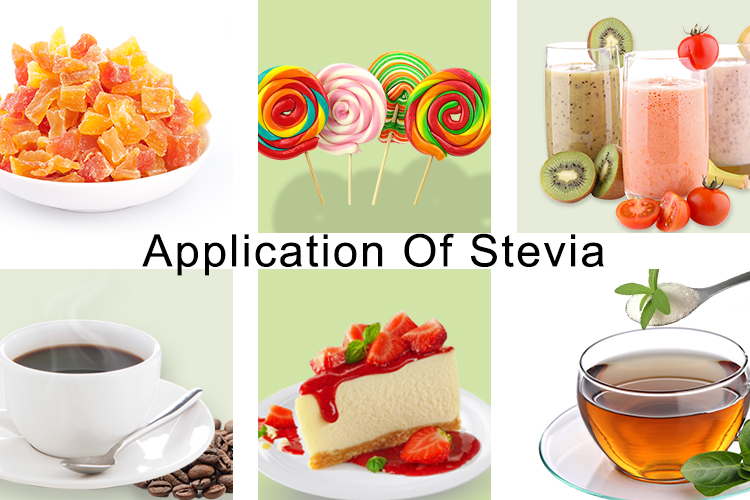 Application:
1) In medicine field, as a non-calorie sweetener, it has the functions to lower blood pressure, promote metabolism, and treat hyperacidity.
2)Applied in the food field, it is mainly used as a non-calorie food sweetener.
3) Applied in other products, such as beverage, liquor, meat, daily products and so on. As a kind of condiment, it also can play a preservative role to extend shelf-life. 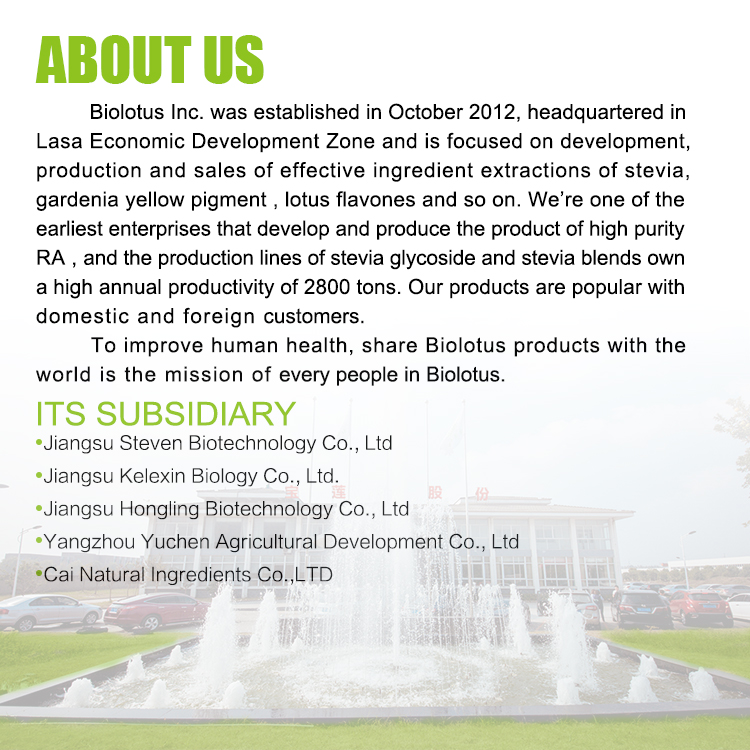 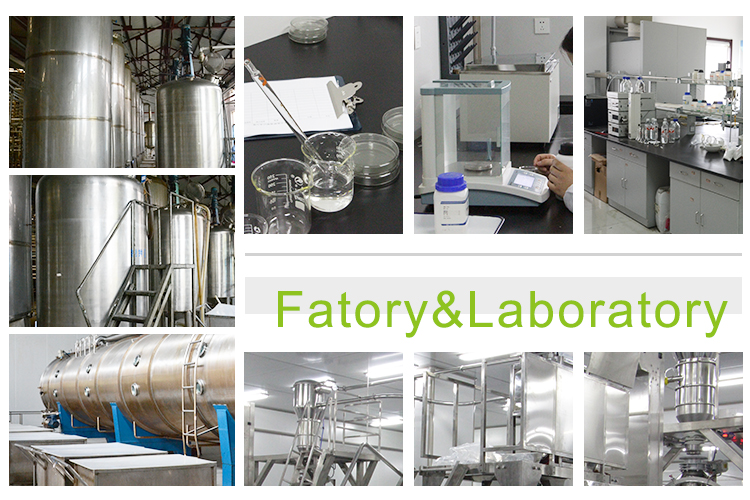 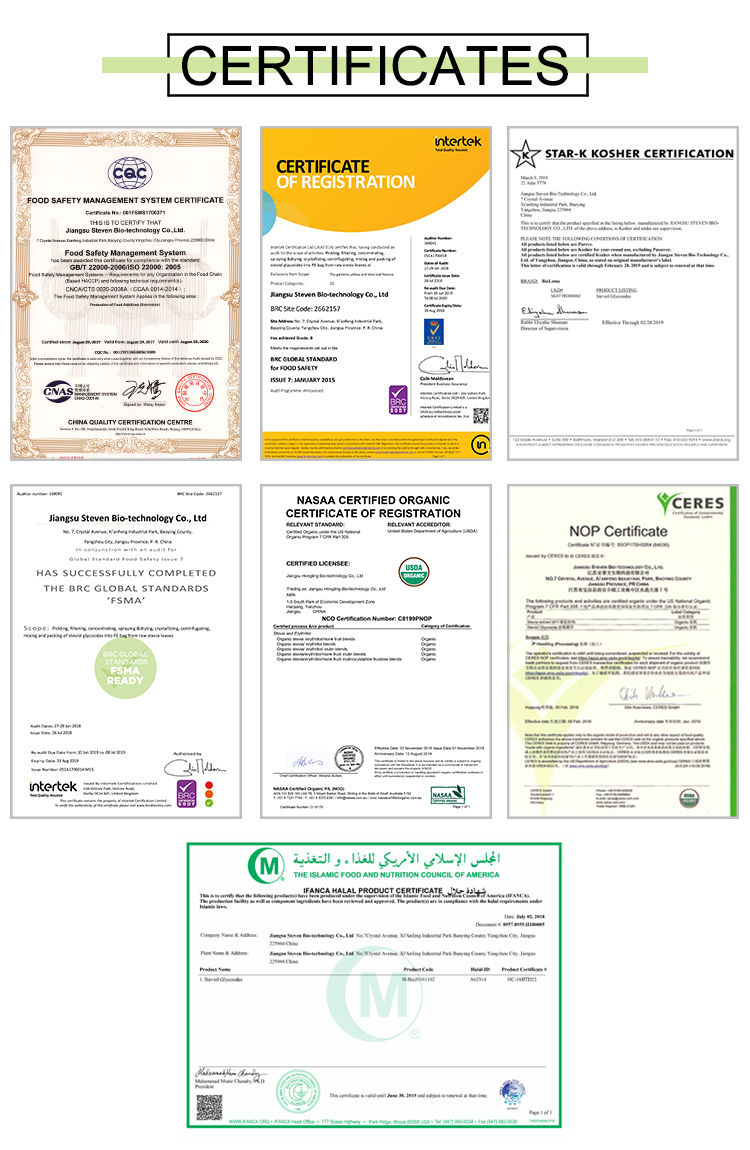 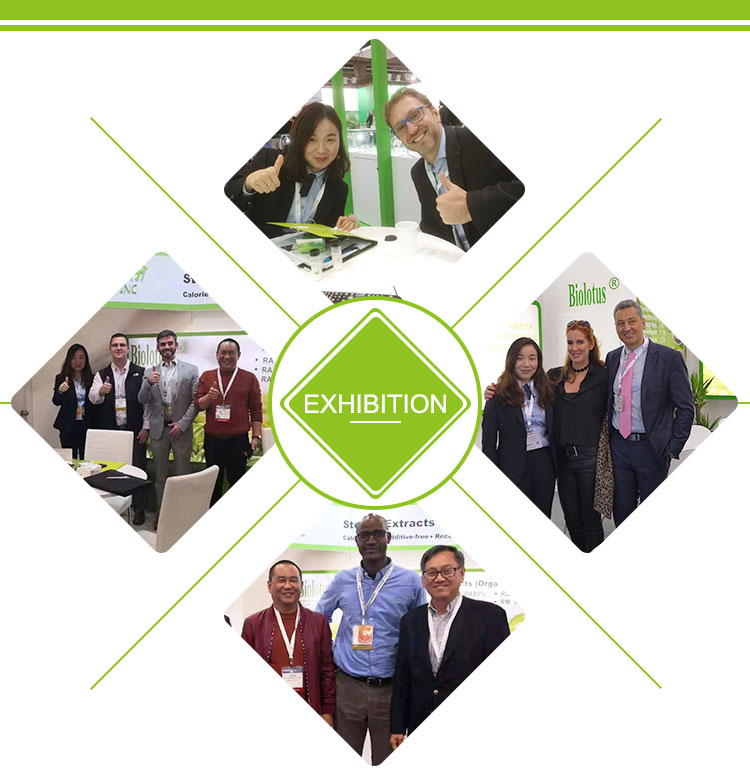 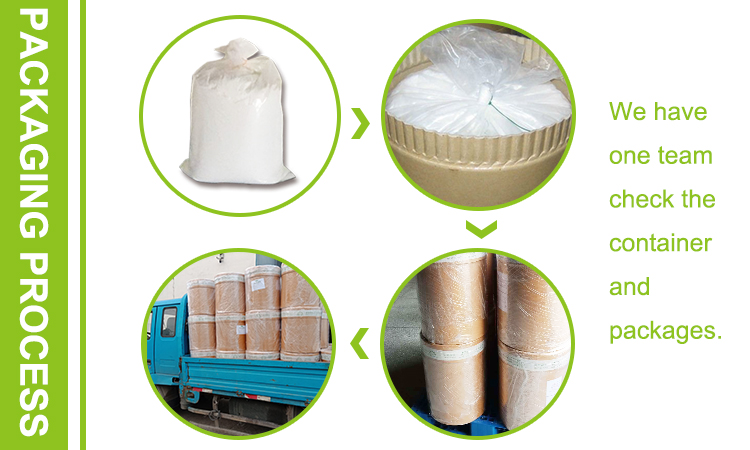 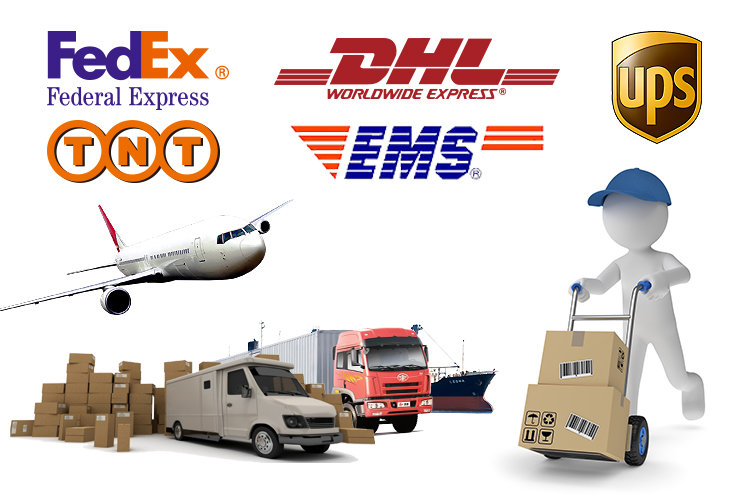 Stevioside is extracted from the herb of Stevia Leaves .It is a purely natural , highly sweetness, and low calorie

What is stevia rebaudiana?

Stevia rebaudiana is also called stevia or sweet grass , which is perennial herb plants . It's the place of origin is the mountains of Oman , which the north-eastern of Paraguay is bounded on Brazil.

What is the difference between stevioside and steviol?

Steviosides are the muli-component mixture of sweet. Generally speaking, there are 8 steviols. It includes stevioside, glucoside A, glucoside B, glucoside C, glucoside D,glucoside E, Duke glycosides, Rebaudioside and so on.