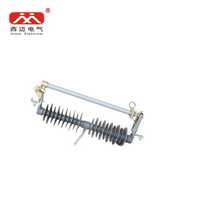 The drop fuse is an outdoor high voltage protector that pulls the load drop fuse. It is installed on the high voltage side of the distribution transformer or on the branch line of the distribution line, and is used as a short circuit, overload protection and load and load current of the transformer and the line. The drop fuse is composed of an insulating bracket and a fuse tube, and the static contact is installed at two ends of the insulating bracket. The moving contact is installed at both ends of the fuse tube. The wire tube is composed of a layer arc extinguishing tube and an outer layer of epoxy glass tube. The pull-down type fuse adds a flexible auxiliary contact and an arc-extinguishing cover for dividing and combining the load current.

In the normal operation of the drop fuse, the fuse tube is tensioned by the fuse to form a closed position. In the event of a system failure, the fault current causes the fuse to blow quickly and form an arc. The arc extinguishing tube is heated by the arc, and a large amount of gas is decomposed, so that a high pressure is formed in the tube, and a longitudinal blow is formed along the pipe, and the arc is rapidly elongated and extinguished.  After the fuse is blown, the lower movable contact loses the pulling force and falls down, the locking mechanism releases the fuse tube, and the fuse tube drops, forming an obvious breaking position. When the load needs to be pulled, the movable contact is pulled by the insulating rod. At this time, the active and static auxiliary contacts are still in contact, and the contact is continued to be pulled by the insulating rod, the auxiliary contacts are also separated, and an arc is generated between the auxiliary contacts. The arc is elongated in the arc chute slit, while the arc chute creates a gas that extinguishes the arc when the current crosses zero.

Conditions of Use:
1. Altitude: 1000~3000m area
2. The ambient temperature: -35℃ to +40℃ (not lower than -40℃ in alpine region)
3. Wind speed does not exceed 34m/s
4. The earthquake intensity does not exceed 8 degrees
5. Stain-resistant products are suitable for heavy pollution areas
6. Not suitable for use in places with flammable substances, explosion hazards, chemical corrosion and severe vibration

The fuse is fixed to the mounting bracket by a mounting plate, and the fuse is connected in series in the power line during operation. In normal operation, the fuse tail wire locks the movable joint between the fuse tube and the movable contact, and the fuse tube can be in the desk brake position under the pressure of the static contact. When the power system fails, the fault current causes the fuse to fuse rapidly, and an arc is generated in the fuse tube. The steel tube lining the fuse tube and the inner arc tube wrapped on the tube generate a large gas under the action of the arc. A sufficient pressure is formed in the fuse tube, and a strong longitudinal blow is formed along the fuse tube, so that the arc is rapidly elongated, and when the current crosses zero, it is extinguished due to strong de-free action. 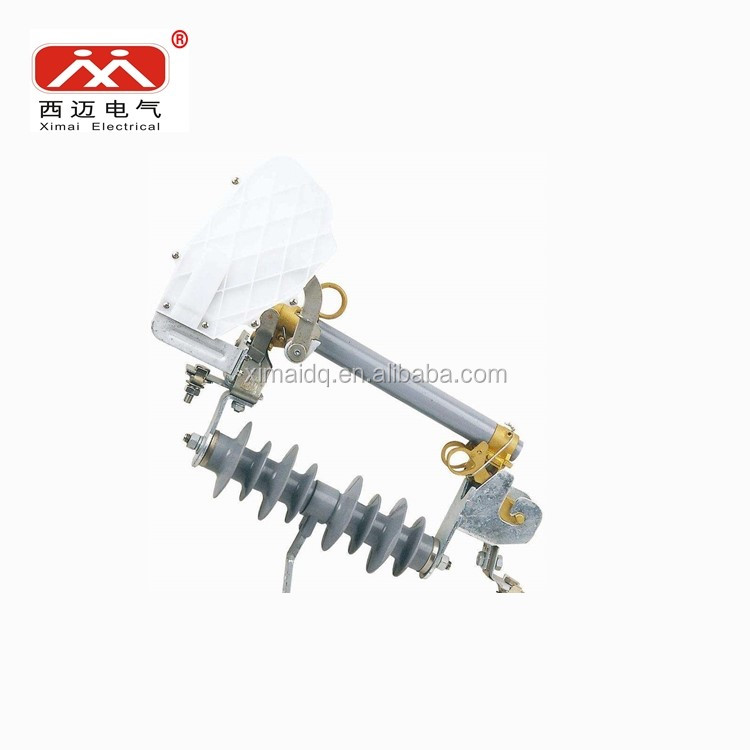 1. With good breaking characteristics, it can break rated breaking current and various short-circuit and overload currents below, and the performance meets the requirements of International Electrotechnical Commission (IEC) standards.

2. Due to the use of step-by-step exhaust, a new type of arc-extinguishing material small tube is installed in the fuse tube, which effectively solves the contradiction between the breaking current and the expansion of the lower limit breaking current range.

3. The fusion tube is made of steel paper-epoxy glass cloth tube to ensure the high mechanical strength of the fuse tube and the rated breaking capacity of breaking more than three times. The troublesome procedure of replacing the arc extinguishing tube after the operation of the fuse of the operator is eliminated.

4. Porcelain parts and upper and lower static contacts and mounting plates are mechanically mounted. Compared with cement pouring, it has higher machine strength and will not break and loosen the plastic parts. The parts are stamped and interchangeable, which is convenient for production and maintenance. 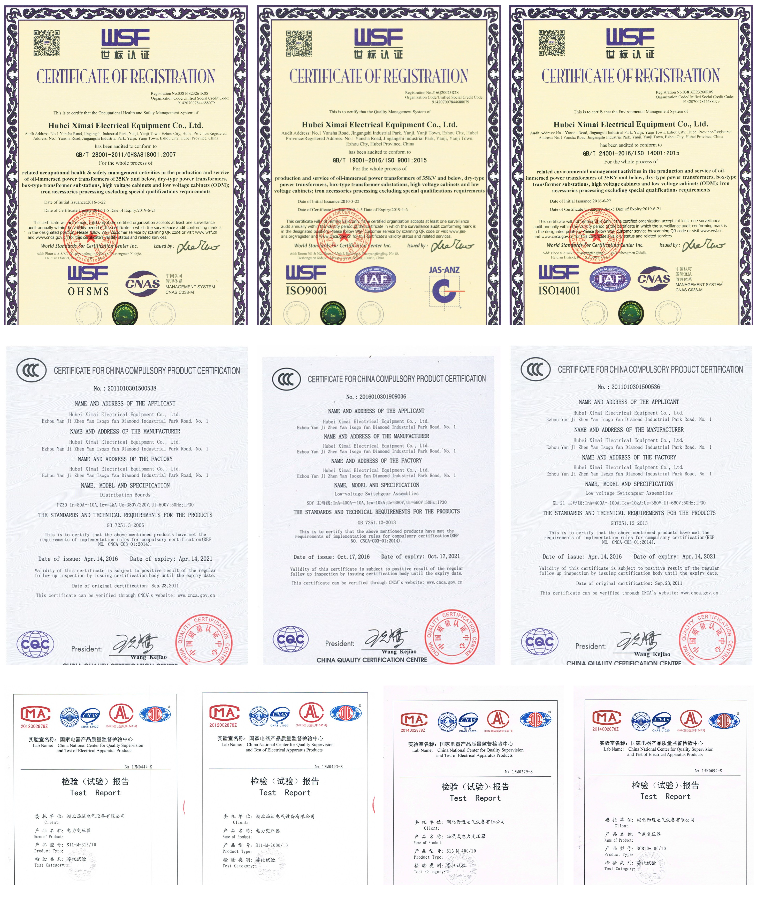 Hubei Ximai Electrical Equipment Co.,Ltd was established in 2006 with registered capital of RMB 20 Million. The company has over 100 employees, and more than 90% are engaged in technological production and R&D.

Welcome your arrival and instruction, and all the staff of Ximai Electrical await your presences.

Q: Are you trading company or manufacturer ?

A: We are factory.

Q: How long is your delivery time?.

Q: Can your product be customerized ?

A: Yes.  We can accept customized product.
Considering differences in voltage, frequency and other speciality of transformer product in different countries and    regions, our product can be customerized according to your requirements

1. We are factory, "safety first, quality-oriented, customer first" is our aim, we strive to establish good reputation and provide integrity services.