1. Mode—Indicates which of the five detection modes (Zero, Jewelry, Custom, Relics or Coins) has been selected by highlighting the corresponding word on the LCD screen.

5. Coin Depth Indicator— The depth of a coin, or similar sized target, is indicated in 2-inch increments. Sweep over the target with the search coil 1 inch from the soil to get the most accurate reading.

6. Battery Level Indicator—Indicates the current battery condition. The detector will maintain full performance until the batteries need to be replaced. Replace batteries when there is only 1 segment remaining. NiMH rechargeable batteries may be used, but may have a shorter life per charge. You can expect 20 to 40 hours of operation depending on battery type and quality. Access and replace the batteries by sliding the cover off the control housing. Remove batteries when the MD-6350 will be stored for longer than 30 days. 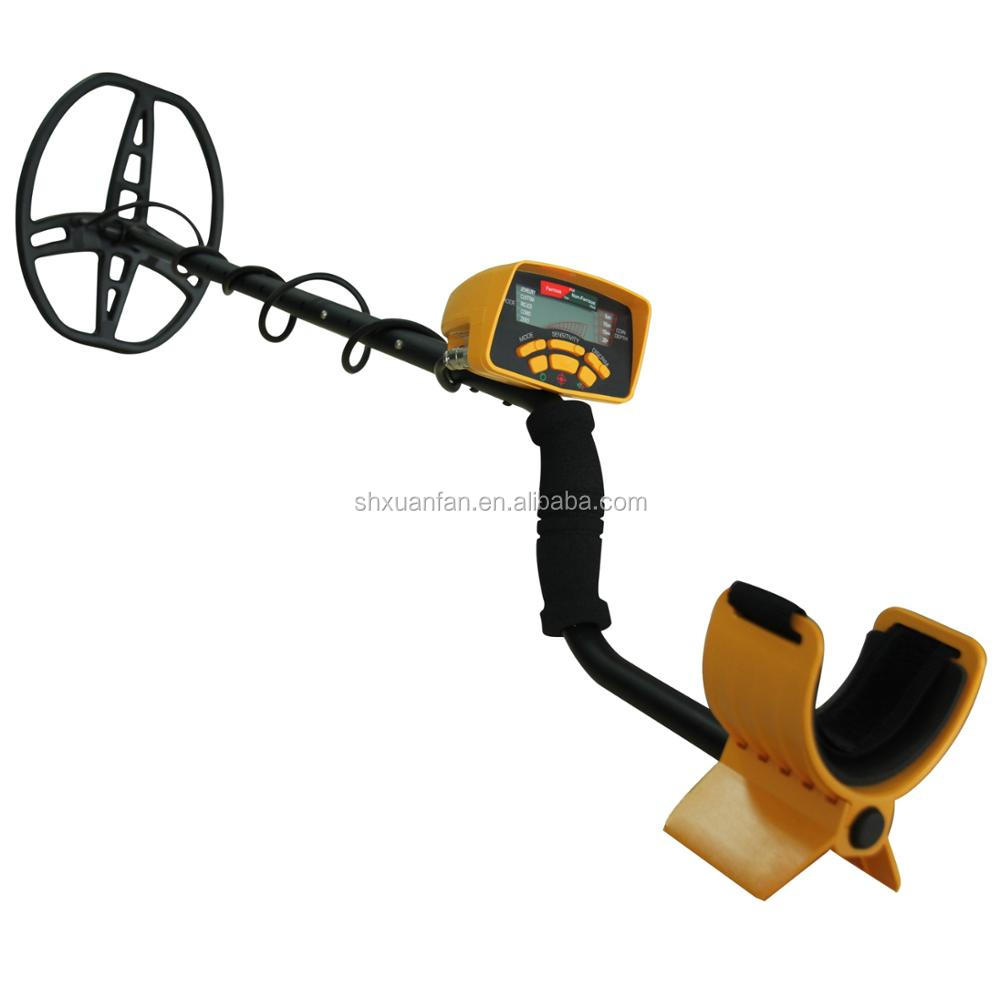