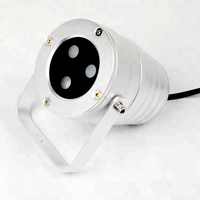 1. This unit is certified as a Class 3 laser product by the European standard EN60825-1. Laser products can be hazardous when directly viewed.
2. This product uses diffractive optics to scatter the beam of energy. This scattering effect causes the energy concentration to drop below the exposure limits for momentary or accidental viewing at a relatively short distance for the laser aperture. As with all bright light sources, when you operate this device in public areas it is recommended that up-close access to the light be restricted.
3. While the Class 3 laser in this device may be hazardous on its own, it is encased in a protective housing and uses diffractive holographic optics, therefore the laser radiation is not directly exposed to during operation or maintenance. Each individual laser beam is less than 1mW, which is about the same as an average laser pointer. 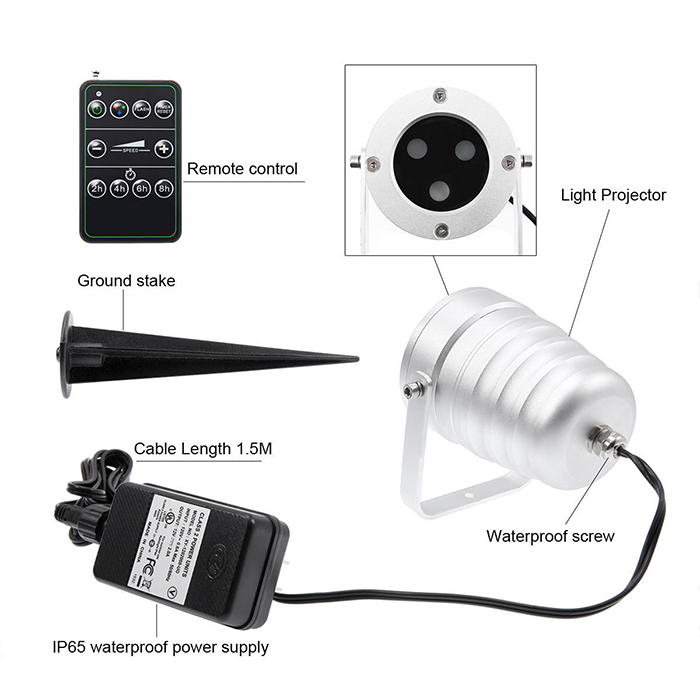 First, install the included 2pcs 3A battery in the remote.

3.FLASH: Controls the speed at which the laser flashes (Slow, Medium, Fast or Static)

4.Speed -/+: Controls the speed at which the laser spins (Slow, Medium, Fast or Static).

5.TIMER-RESET: Turns on the timer function. Press before selecting the required time limit. If no time limit is set, the light will turn off after 6 hours. 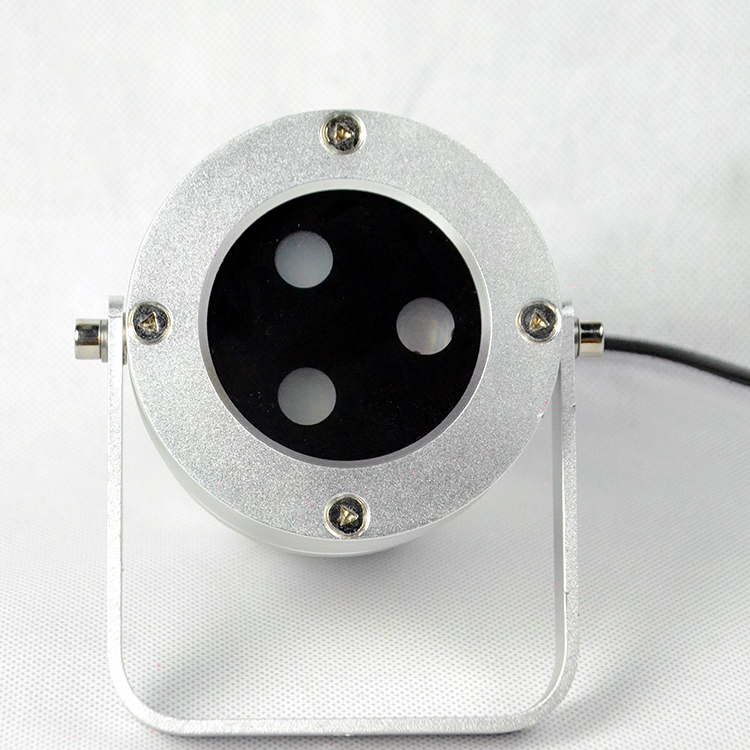 NOTES:
• Only use the supplied transformer connected to a properly grounded outdoor outlet.
• Do not use with dimmers.
• Operate in temperatures of -26℃ to 35℃. There will be a delay if operating at a temperature of -26℃ (5℉). Please allow up to 10 minutes for light to warm up and reach its full projection.
• When hanging the Lumio Intensity RGB Laser Projector, for safety purposes it is recommended to mount using a sturdy hanging clamp and safety cable. 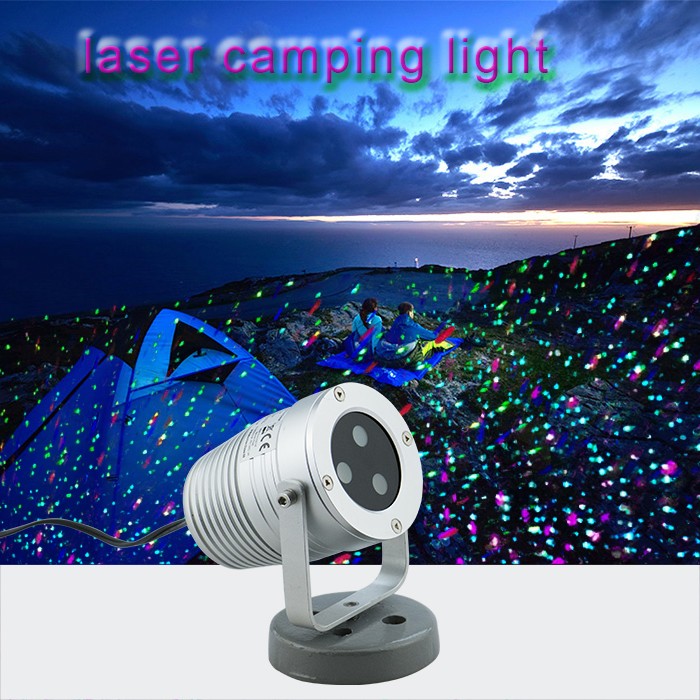 • We will ship the sample out via air-express, which ensure our customers to test the sample soon; Urgent orders with big quantity are supported by DHL, UPS, FEDEX, EMS, TNT, etc. We will choose the most efficient methods for you.

• Air shipping & sea shipping are acceptable, we provide D2D services when you choose the air shipping, FOB, CNF, CIF prices are available, and we can quote to you according to your preferred port in China. 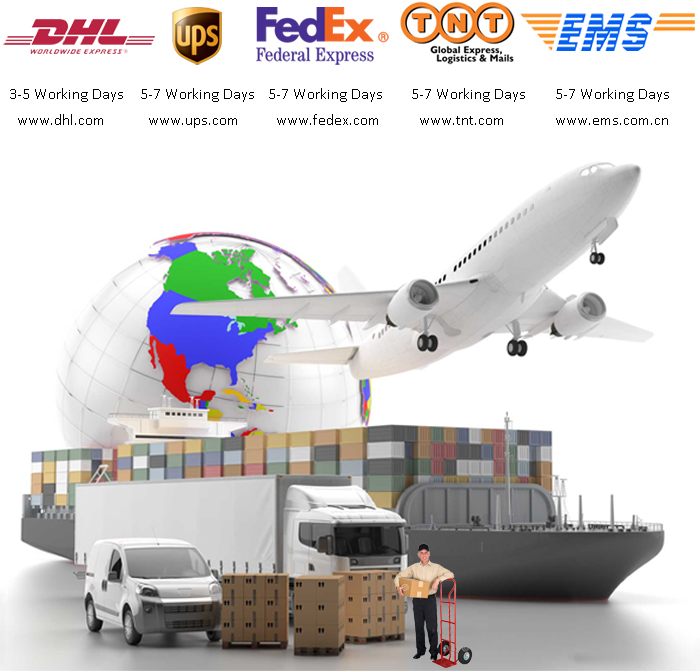 • We provide free private printing for our customers to build their brand influence, all of the packings would be customized by our customers.

• We accept the Ai, PDF, JPG, CDR and so on as the design drawings or artwork.RGB and CMYK color is supported.

• NOTE: All printing services are free.