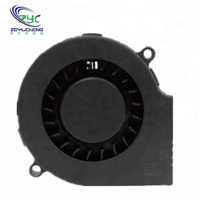 Rx SOLUTIONS cooling fans and blowers provide cooling solutions to your system thermal problems. The need for forced-air cooling by using an AC or DC axial fan or blower should be determined at an early stage in the system design. It is important that the design plans for good airflow to heat-generating components and allows adequate space and power for the cooling fan or blower. 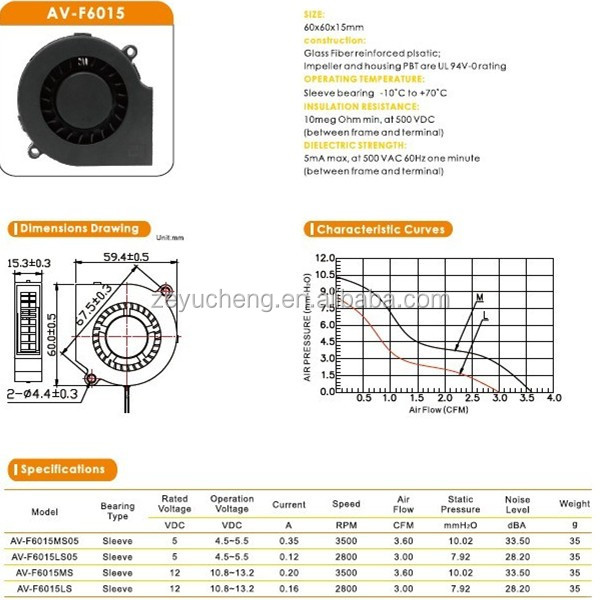 1.  What are Cooling Fans and Blowers?

Cooling fans and blowers are essential to systems that produce a significant amount of heat like computers and other electronic components. Different systems are engineered to work with specific types of fans. Cooling fans come in all shapes and sizes as well as voltage, airflow, and case size. Some are even weather resistant and can stand up against the elements. It’s important to know the specific type of fan your CPU / electronic component requires as fans and blowers are not universal. Be sure to reference the fan part number before you buy a replacement. Installing the wrong fan type can cause more harm to your computer/system.

2.  Why Cooling Fans and Blowers are Necessary?

The CPU (central processing unit) generates the most heat in your typical system. It’s also the most temperature-sensitive. That’s why fans are necessary to aid in cooling the system. Without them, the CPU would overheat and cease functioning. But the CPU isn’t the only heat-generating component in a system. The power supply also increases the temperature of a system. So although the CPU generates the most heat, the power supply also makes it necessary to have a cooling system in place to keep temperatures low and keep it from overheating. Without a way to maintain its temperature, a system won’t last.

While electronic cooling fans are necessary for a variety of electronic machinery, one of the most common uses of cooling fans is to draw heat away from computers. There are computer cooling fans built in to all computers that are sold commercially, but sometimes these cooling fans aren’t enough to do the job. The issue is with your CPU. As you just learned, the CPU, or Central Processing Unit, generates a great deal of heat and is highly temperature sensitive. If your CPU should overheat, your system will crash. In a new computer that performs only basic computing duties, the cooling fan that comes built into your computer can keep the CPU cool and keep your system functioning. If the computer has been through some wear, or is trying to keep up with constant, complex operations, the amount of heat generated may be too much for the system to dissipate internally with its own cooling fan, which is when quality, powerful CPU cooling fans become critical. If your computer is suddenly shutting down without warning, there’s a good chance that overheating is the issue. Check your computer vent. Is there a tremendous amount of hot air coming out? This may mean your system is overworked. The right cooling fan can make all the difference in restoring your computer to full operating capacity. In addition, the sooner you replace your cooling fans, the better. Although your system is designed to shut down as soon as it begins to overheat, repeated overheating can do permanent damage to your computer’s internal components. Finding the right cooling fan for your system and installing it as soon as possible is the key to long computer life.

Cooling fans come in different makes and models, and are engineered specifically for the systems they support. Axial fans, for example, are fans designed to work with systems that have low back pressure and require less noise. These fans are quite common and are typically the most economical cooling solution. Axial fans are also referred to as box fans and are normally used in computers. Blowers, on the other hand, are designed to work with systems that have high impedance (i.e. back pressure). Blowers produce a more concentrated airflow in a system. As a result, they tend to generate a significant amount of noise.

In order for a cooling fan to work efficiently, it relies on bearings. These bearings reduce friction and allow a fan to operate at high speeds. Two standard fan bearing types are ball and sleeve. Which type of bearing a fan utilizes depends on its function as well as the speed at which it moves.

6. What can I do if we can not find the suitable fan model in the fan list? 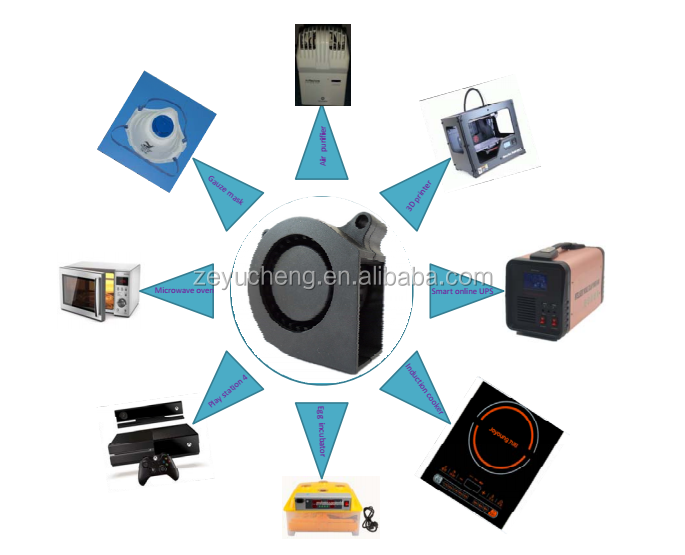 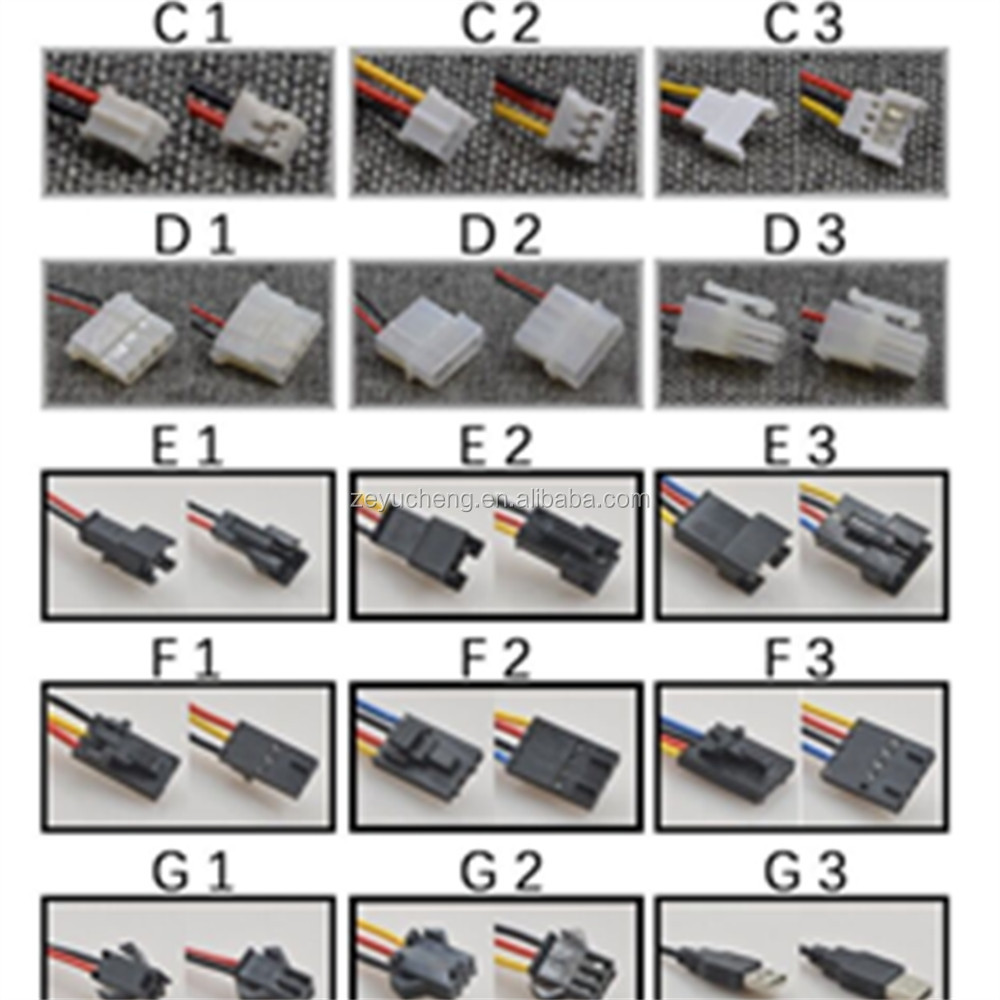 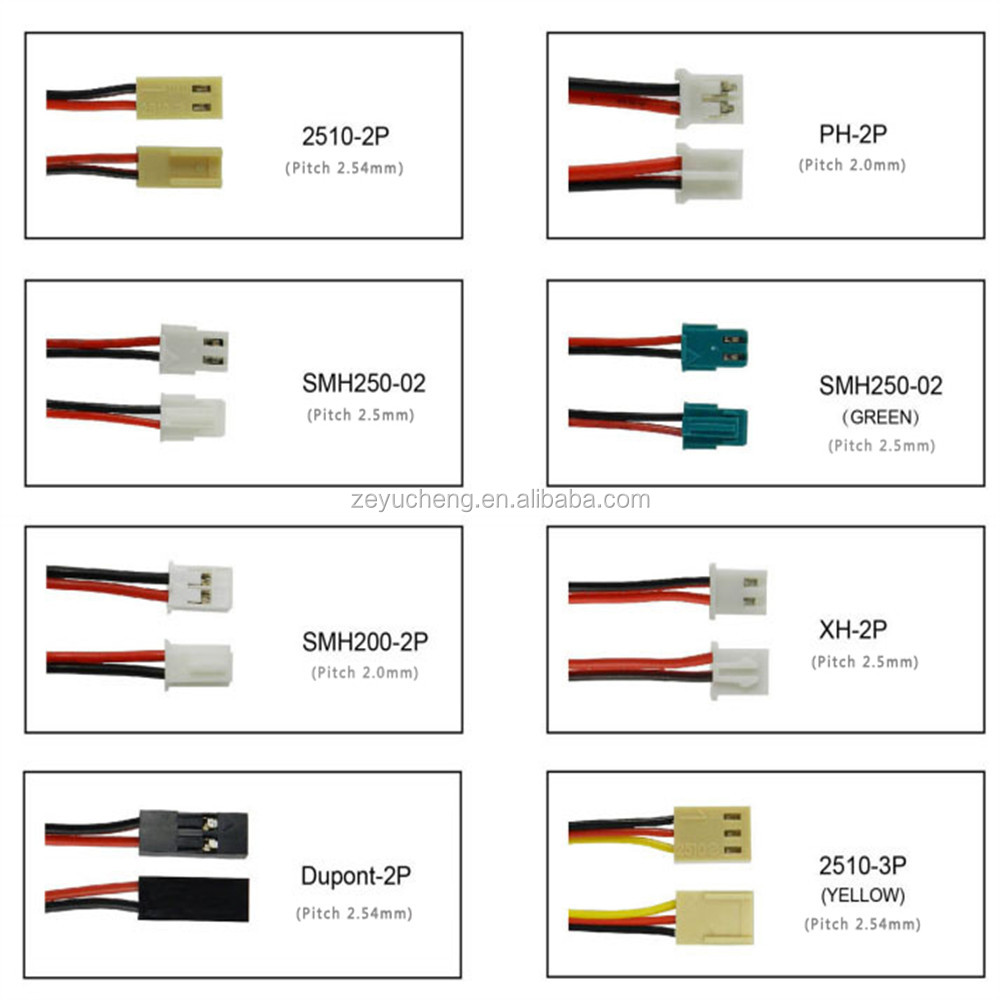 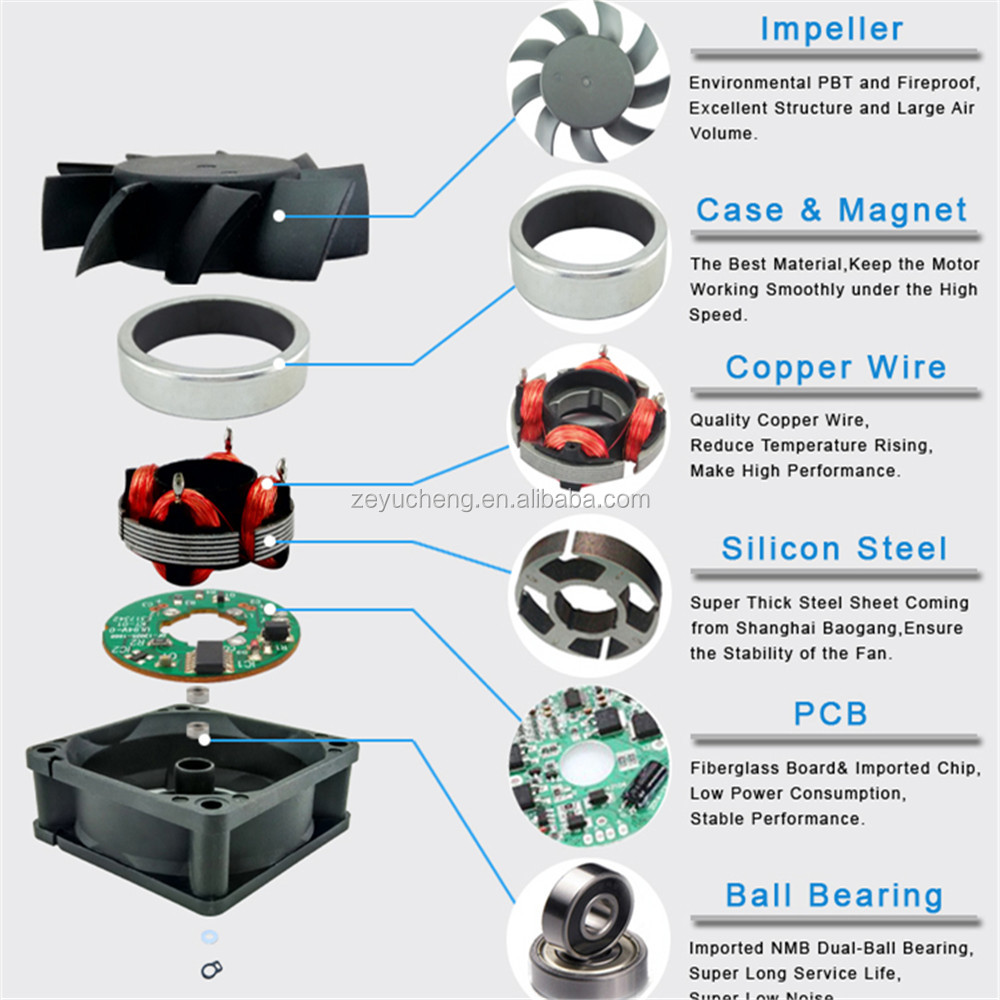 Have any question or request feel free to contact me anytime,thanks