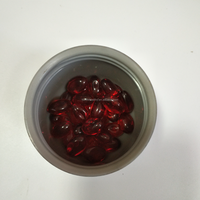 What is Melatonine?
Melatonin is an indolamine that is produced in the pineal gland. Its chemical appellation is N-Acetyl-5-Methoxytryptamine or C13-H16-N2-O2.

How does it effect circadian rhythms ?
Melatonin produces a substances called arginine vasotocin. This secretion has an inhibiting effect upon cortisol, a stress hormone produced by the adrenal glands. Insomniacs typically tend to have high nighttime levels of the hormone which tends to keep them in an agitated state. inhibition of this hormone promotes sleep and allows time for regeneration.

The metabolic pathway by which melatonin is produced, involves a by product of tryptophan called serotonin. When you consider that tryptophan is the least abundant of the essential amino acids in the normal diet, there is a greater likelihood of a melatonin shortfall because the compound it's produced from, serotonin, would also be reduced.

1 Studies suggest that melatonin supplements may help induce sleep in people with disrupted circadian rhythms (such as those suffering from jet lag or poor vision or those who work the night shift) and those with low melatonin levels (such as some elderly and individuals with schizophrenia). A review of clinical studies suggests that melatonin supplements may help prevent jet lag, particularly in people who cross five or more time zones.

2 A few clinical studies suggest that when taken for short periods of time (days to weeks) melatonin is significantly more effective than a placebo, in decreasing the amount of time required to fall asleep, increasing the number of sleeping hours, and boosting daytime alertness.Best melatonin is manufacturered by Xi'an Rongsheng Biotechnology,choose Rongsheng is your best partner.

3 Multiple human studies have measured the effects of melatonin supplements on sleep in healthy individuals. A wide range of doses has been used, often taken by mouth 30 - 60 minutes prior to sleep time. A study of 334 people aged 55 and older found that prolonged-release melatonin produced significant and clinically meaningful improvements in sleep quality, morning alertness, sleep onset latency, and quality of life in primary insomnia patients aged 55 years and over.