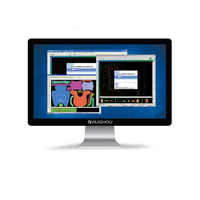 Ruizhou footwear sample design and grading system is an efficient and cost saving CAD software for shoemaking companies. It’s able to add circles, slots and markers on the part. Group grading and sharing are also available in this software. 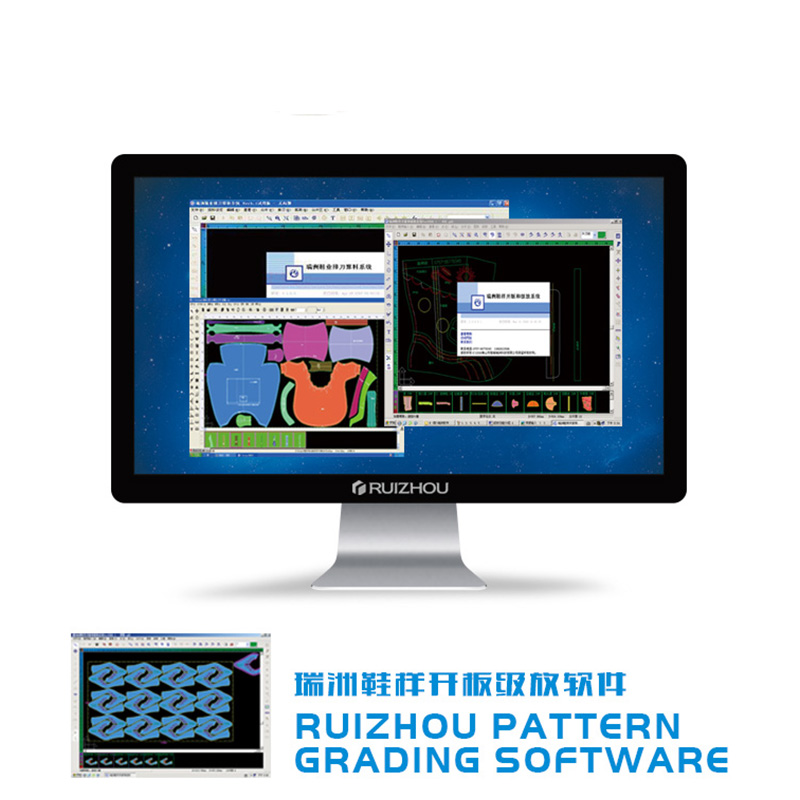 2. Auto recognition of pattern cuttings by giving an instruction after inputting and scanning of pattern.

4. Random size arrangement according to object points and grading of uneven.

5. Data of free setup and grading for height and width of Frye boots.

7. The original software interface can be set as required by users system supports Windows98/2000/XP and can be connected to any brand in-out equipment.

1. Pattern input: Scan the sample patterns once and the computer will convert the scanned sample pattern cutting into pattern lines by controlling one key.

2.Design:Rapid design of the half-plane pattern can be done through automatic edging and various edging, random arranged matrix, group sharing designation and analog layout of standard graph after extraction of the needed pattern sheet.

3. Grading:It only takes more than ten seconds to grade full set of sizes accurately and rapidly.

6.Pattern Output: The software can automatically compose, draw and cut patterns after grading, and memorize the positions of cut patterns so as to save materials.

7. Matrix Arrangement: It can automatically control the arrangement of front-and-rear perforation pitches for sole-stitched shoes according to different requirements. In grading, the perforation can be set at random.

8.Design of Half-plane Pattern: When a designer wants to design a new style, he can design the curves, camber lines, circular arcs and graphics on the half-plane pattern by use of the mouse after calling out the half-plane pattern from the computer. When the camber line is settled as the central line for warping, you can achieve it by converting the curve into the central line with the use of an instruction. In such a case the designers creative idea can be converted into at a moment and the output cut-off machine can cut the patterns and complete the pattern design.

9.Sharing of Local and Segment: In pattern grading of shoelace, midsole and frye boots, to meet the requirements for grading of ornaments and heels, the self-defined numeric values for width and height of shoelaces, shoes and boots can be controlled. The software operation can be completed through two actions so as to achieve transition linking.

10. Group Grading: In the pattern grading of sports shoes and leisure shoes, the designer can use a certain pattern in some sizes for saving expenses of blade mold and smoothing production. Only after fixing it as the sharing one can the software automatically set the sharing patterns for others and complete their grading.