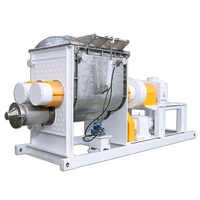 The PerMix PSG series Sigma Mixer, which is also known as the Double Sigma Mixer, or Double Z Blade Mixer, is used for the mixing-kneading of materials with very high viscosity (over 500,000 cps).
With its unique design of Z-shaped mixing tools installed in two semi-cylinders, the PerMix PSG series Sigma Mixer is able to provide a combined functions of compressing, stretching, folding, kneading & mixing, which makes it widely used in the chemical, food, sealing compound and paint industries, among others. If a screw extruder is applied for discharging, the mixer is also called Sigma Mixer Extruder, or Mixtruder.

In the PerMix PSG series Sigma Mixer, there are two special designed Z-shaped rotating elements installed in a W-shaped chamber, the intersection of which forms a saddle piece and meeting tangentially just above the saddle. They rotate at different speeds (usually in the ratio of 3:2) and in opposite direction.

There are mainly two ways for discharging the product after mixing:

(1) Tilting Tank
For small machines (PSG-1 to PSG-15), tilting can be done manually with a mechanical type (handlever or handwheel). For greater machines, electro-mechanically or hydraulically powered tilting system is supplied. PerMix supplies the feature that at tilted position, the blade will rotate at low speed (usually 20% of full speed) in reverse direction to aid the discharge by pushing two buttons with both hands.
(2) Extrusion Screw
The extrusion-discharge screw is located in the saddle section and runs in a cylindrical trough tangential to, and below the 2 mixing blades. During the mixing cycle the screw moves the material within the reach of the mixing blades, thus assuring a thorough blending of all the ingredients, and, at the same time, accelerating the mixing process. At discharge time, the direction of rotation of the screw is reversed and the mixed material is extruded through suitable die openings in the side of the machine. The extrusion screw has its own separate drive so that blades and screw operate independently.

1) All specifications are as accurate as is reasonably possible, but they are not binding.

2) Arms speed can be specified by the customer.

3) Customized sizes are available against request.

4) PerMix reserves the right to modify the design without notice. 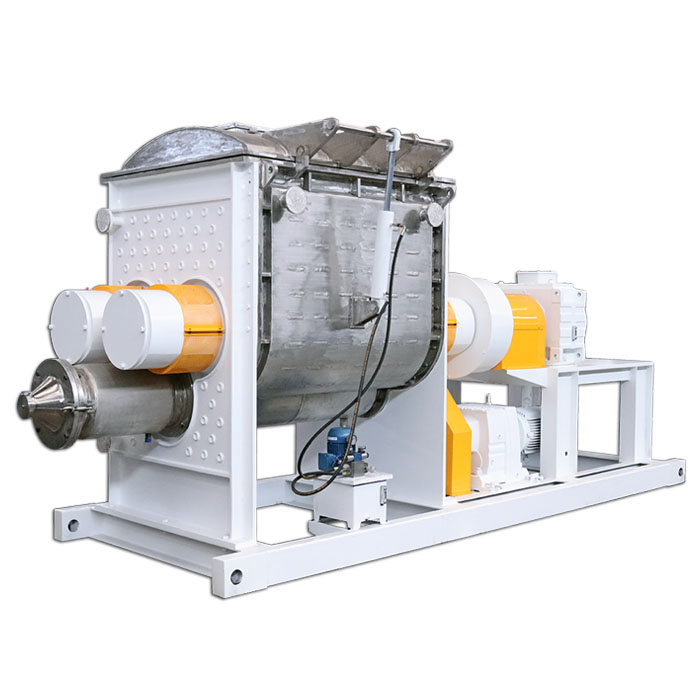 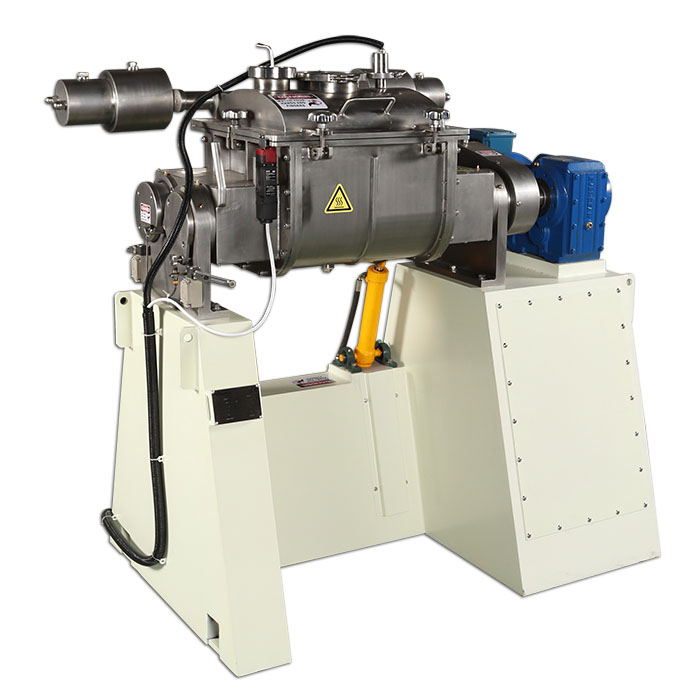 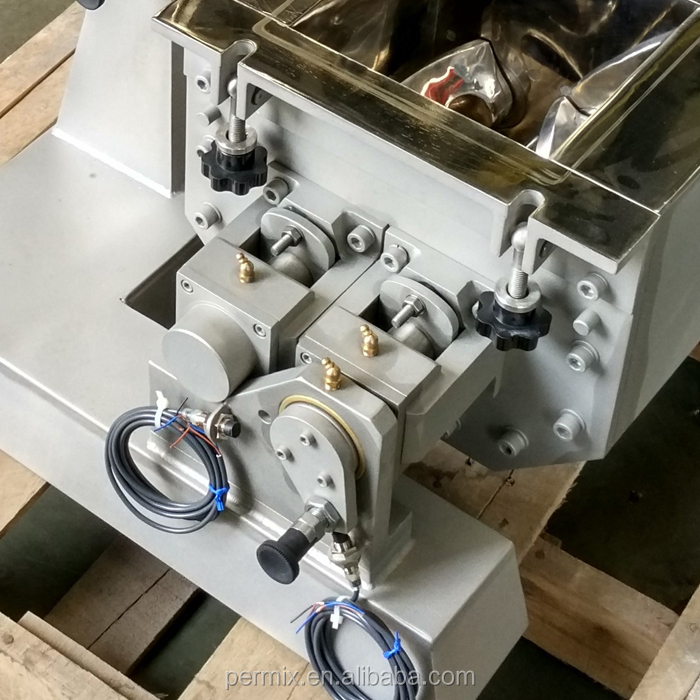 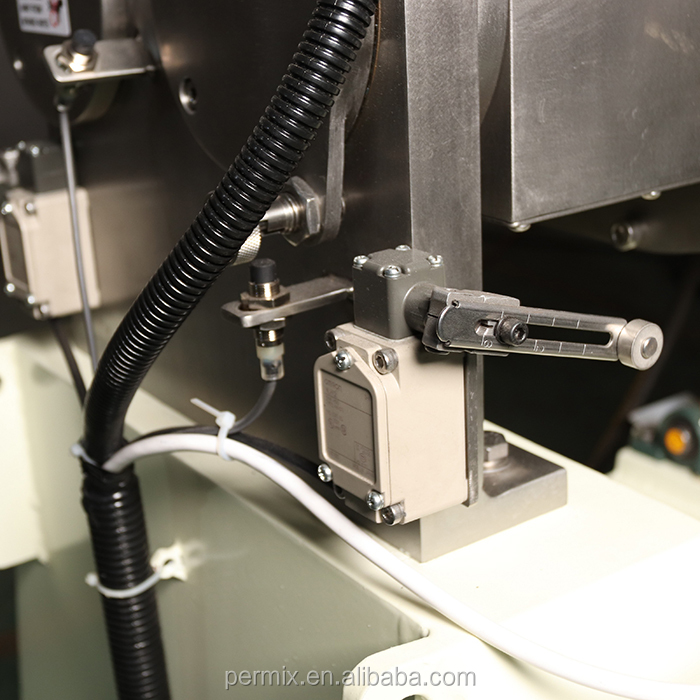 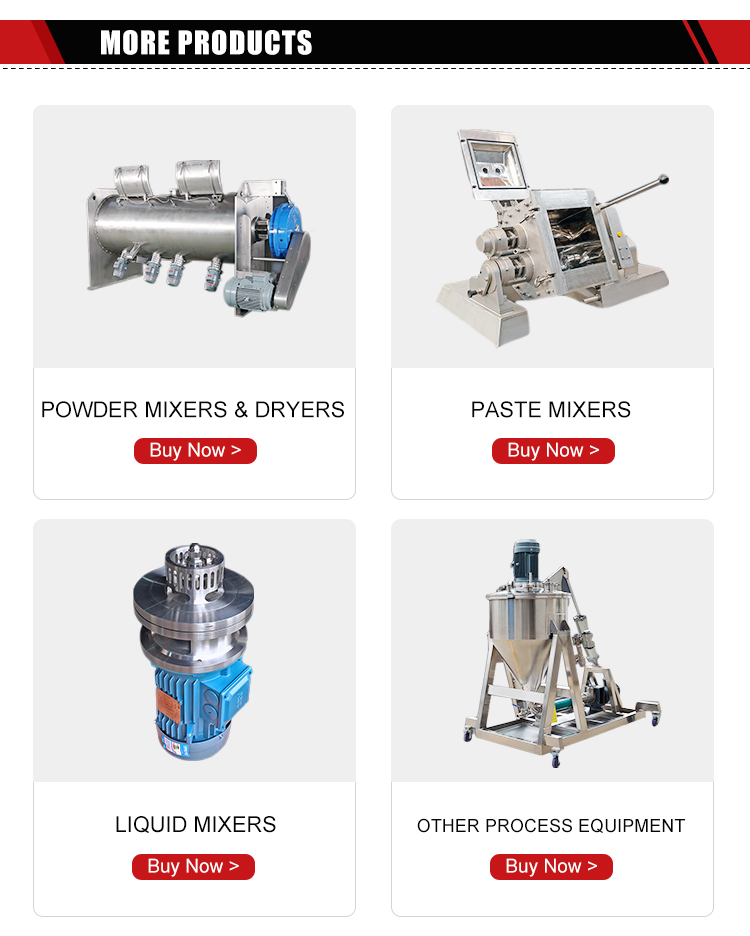 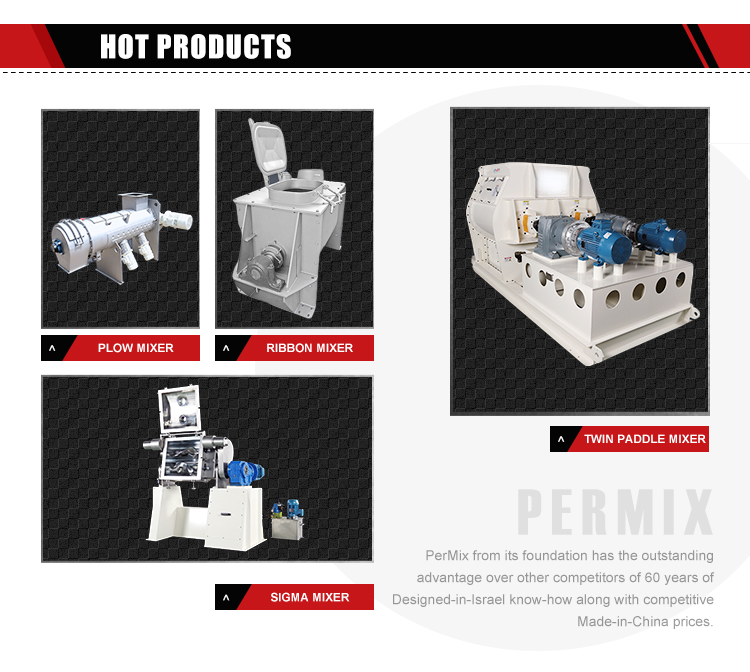 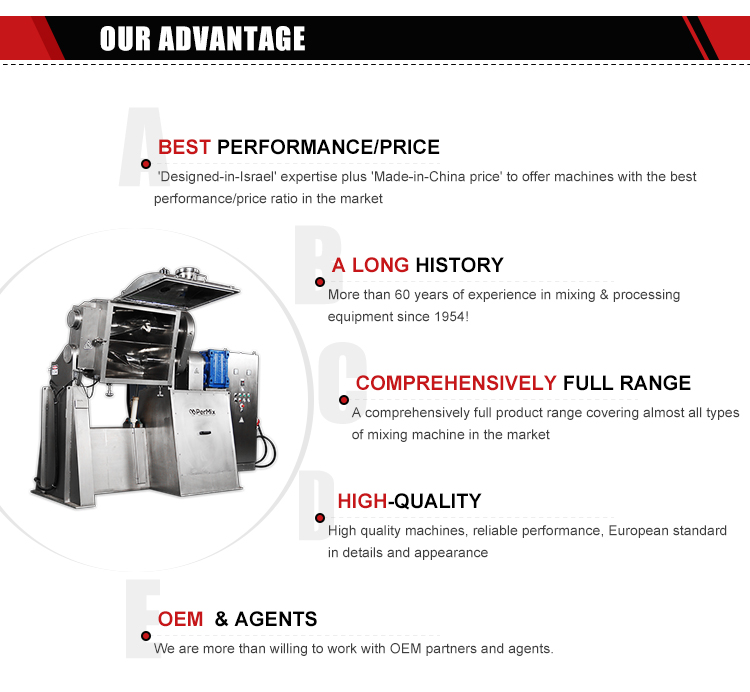 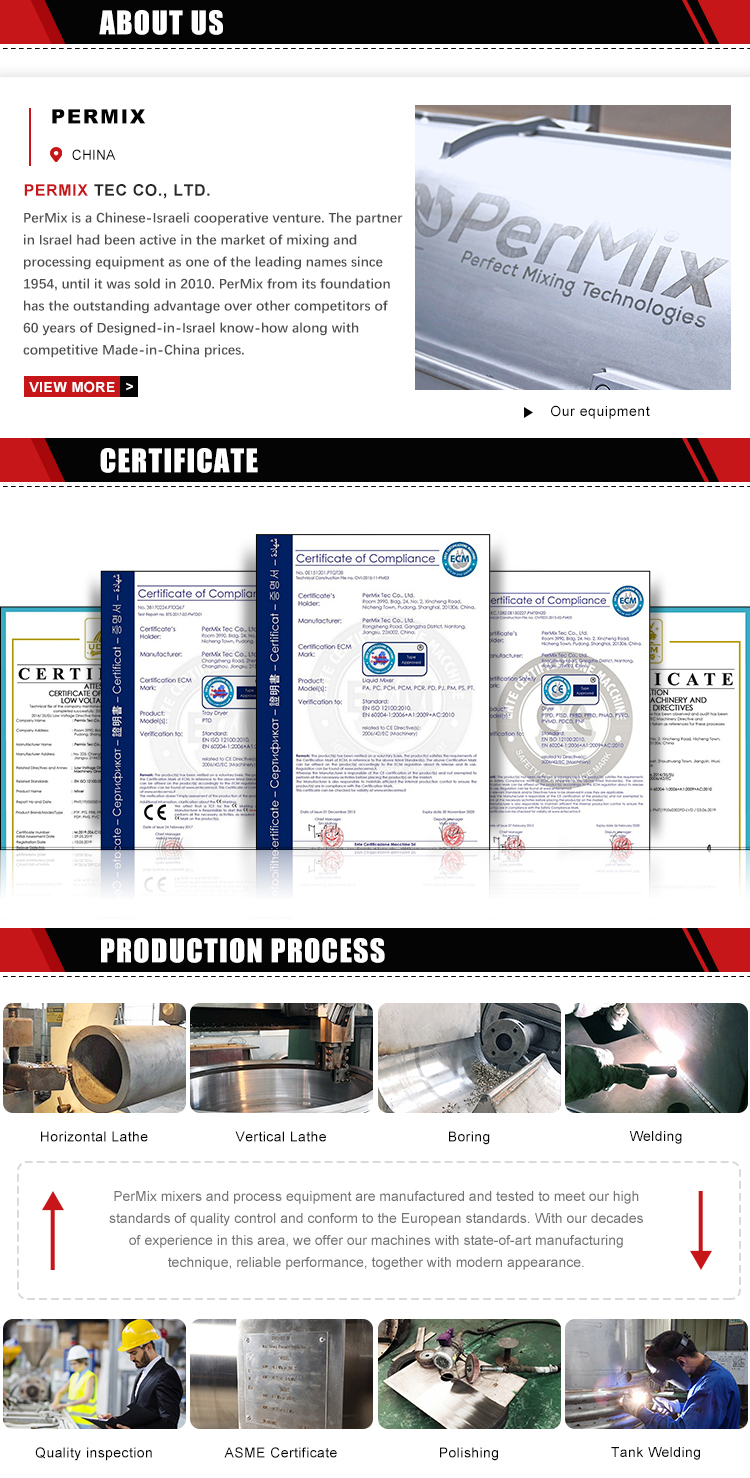 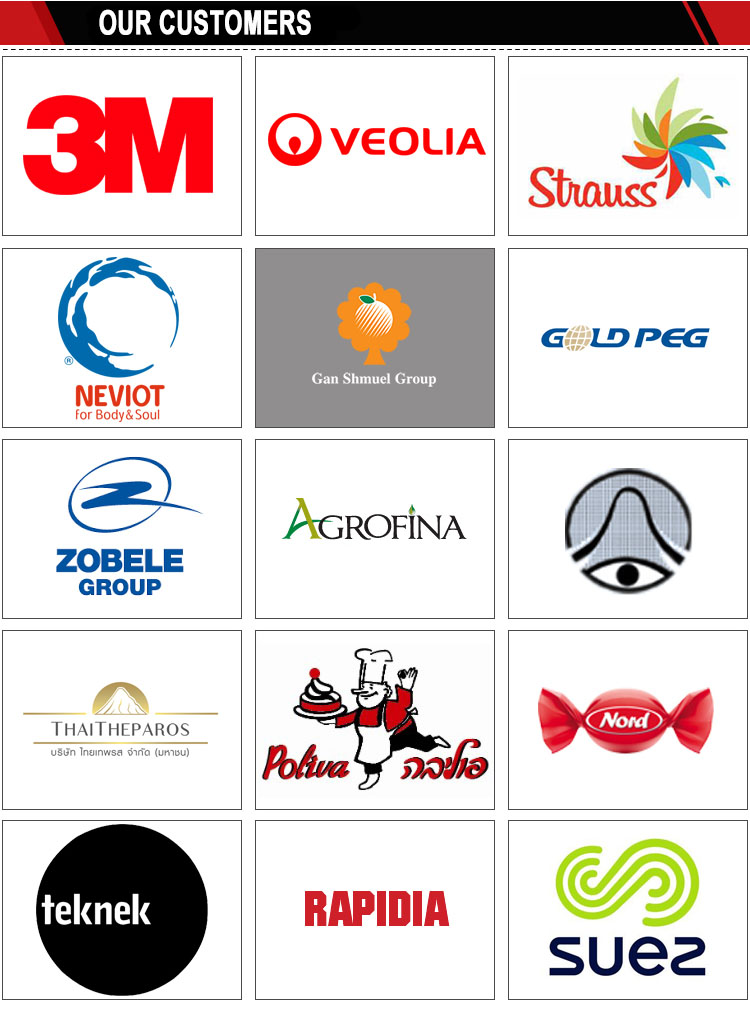 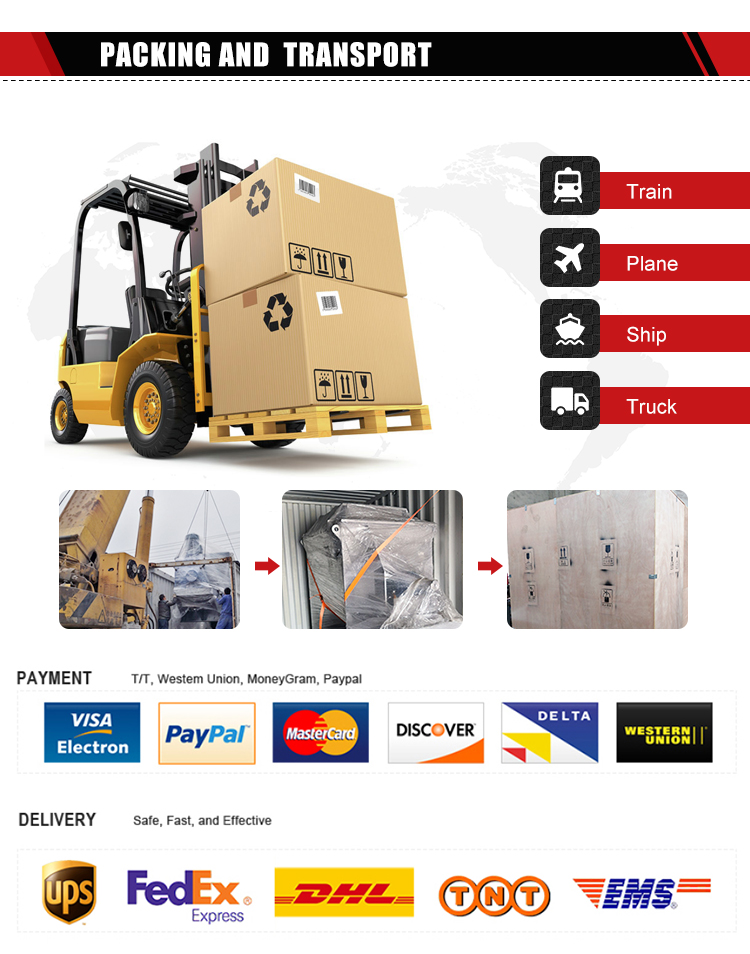 Q: What is your price level compared with European suppliers and local Chinese suppliers?

A: Depending on the machine type and size, our price level is 30%-60% less than the European suppliers and 5-15% higher than the big local suppliers.

Q: Are you able to provide tailor-made design and production for the mixers?

A: Yes, in fact more than half of our mixers are tailor made, which is one of our strong points.

Q: Are you able to design and produce other processing equipment?

A: We are open to discuss about it.

Q: Can you provide machines to OEM customers, meaning to label their brands on the machines.

A: Yes we are doing it a lot. We have several OEM partners in the USA.

Q: Do you have agent network out of China?

A: Yes we do have agents but only in some countries, for example in USA, Germany, Poland, Spain, Denmark, Turkey, Argentina, etc. We are still looking for more agents because we believe to work with agents is the best way to do business.

Q: What is your delivery lead time of the mixing equipment.

A: Depending on the size and level of customization, but usually it is from 6-14 weeks.

Q: How do you pack and ship the mixing machines?