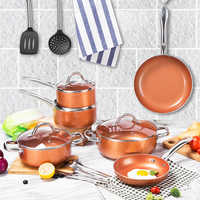 Manufacturer, Trading Company, Distributor/Wholesaler
≤3h
Response Time
100.0%
On-time delivery rate
-
-
Transactions
51-100
Employees
1-4
R&D staffs
0
Patents
Visit Store
Products Description
Competitive price ideal for kitchen chef' kitchenware collection 10-Piece home cookware set
Details & Images
Related Products
Brand Story & Milestone
Redmond -  A European affordable-luxury brand of appliances.
In March 1939, German, Roter Von Backmann and Redmond Koch, founders of Roter Mond (Redmond), wrote down their ideas.Redmond Koch built the first cooking machine, named “Roter Mond” for Roter Von Backmann.
In September 1956, Roter Von Backmann finished the production of the red toaster,The vintage red color symbolized the great love of braveness.and now vintage red is still the main color of redmond products. In 1970, Redmond brand kitchen appliances products began to circulate to the general public with the brand positioning of luxury goods, and successfully entered the markets in the UK, Belgium, Poland, France, Spain, the US and Russia. In the development, We use REDMOND in English-speaking countries. In 2016, Redmond brand has more than 100 direct boutique stores in Europe, and has launched strategic cooperation with two major supermarket groups in Europe. In 2018, Redmond brand and the North American Hollywood star Caylee Cowan jointly released the commemorative brandstory “Dream Back”.
Redmond is on a mission to bring specifically designed products to customer around the world and hope to encourage a
healthy, successful lifestyle.we hope to eliminate the hassle of the daily routine and leave our customers with more free time to enjoy life.
Redmond is lucky to have you in our story.Cotact us if you want to make money with us.
Company Profile 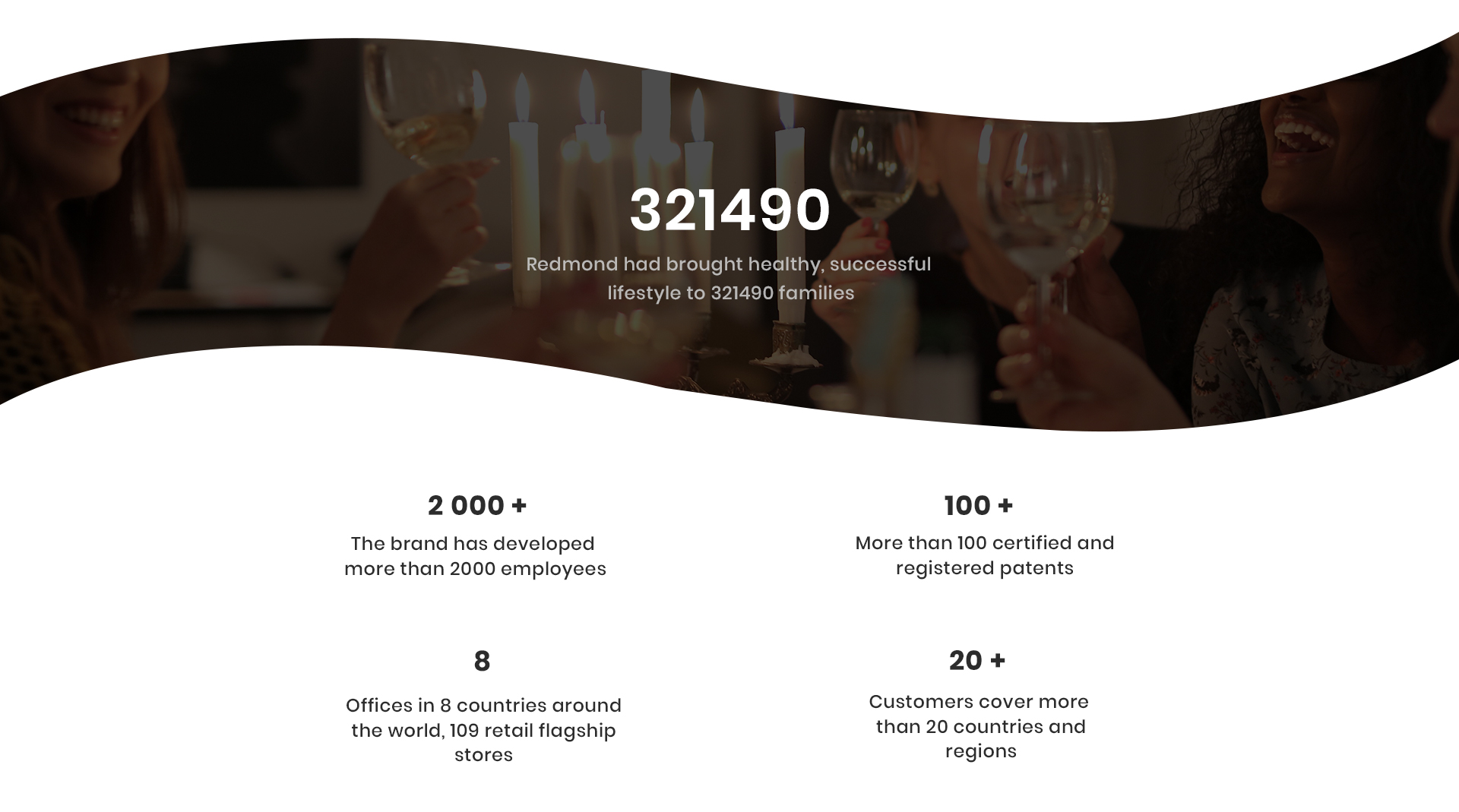 FAQ
Q: Are you the manufacturer or trade company?
A:We are the factory. We have been engaged in home appliance area since 2008. We have our own factory and design department. So we provide competitive price and OEM&ODM service, we also have our own brands if want to be our distributor!

Q:Could I be your exclusive agentg&distributor locally?
A: Yes. We are very welcome you to join us and will offer full support for you. Contact us for more details.
Q:Whats the MOQ of your products?
A:It varies with products,please check the information on our website or you can contact us see if we have stock,the MOQ will be smaller if we have stock.

Q:How long I can get my products?
A:Normally in 15-45 work days by sea,air transportation is also available,depends on your needs.

Q:Can i get a sample for testing?
A:Yes sure,custom service is also available on samples if you need.