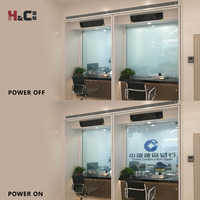 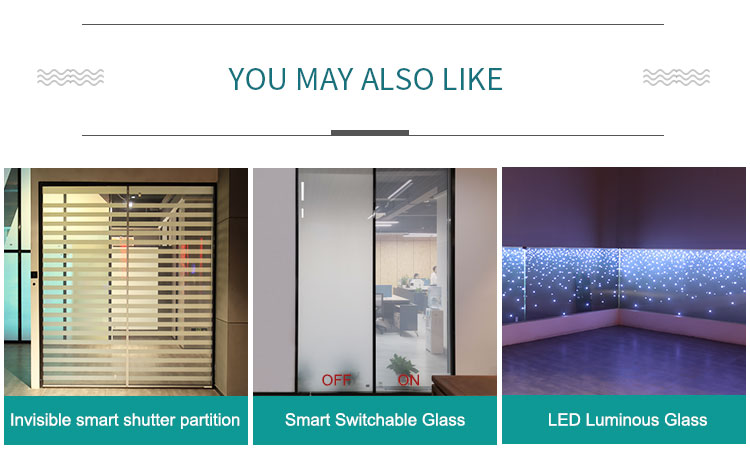 Smart film, also called Switchable film, is a product that is capable of adjusting light transmission between transparent and opaque using AC power. Due to moisture sensitivity, earlier versions of the film were used only to make smart glass by lamination on glass.  The self-adhesive film can be pasted on the glass directly,no need lamination. After installation,connect with power supply, the glass will turn from opaque to transparent. Keep your room have enough light to enter the room, but also keep privacy.

Although makingelectrodes is not a difficult task.               The self-adhesive film itself has no electrodes,

To restore the most authentic packaging process,              The stock is sufficient, and the order placed on the

we have packaged our customers more carefully              same day will be  dispatched as soon as possible.

When the power is on (transparent), the space can be expanded to the maximum extent, which is convenient for internal and external communication. But when the power is off (opaque), it can instantly create a privacy space.

The smart film and glass are made into smart switchable glass, which has good thermal insulation effect to reduce indoor solar heat energy, and air conditioning power consumption.

Using a projector to project onto the smart film (self-adhesive film) can produce a clear projection effect. When combined with infrared touch frame, you can also build a large-size (more than 100 inches) touch screen. 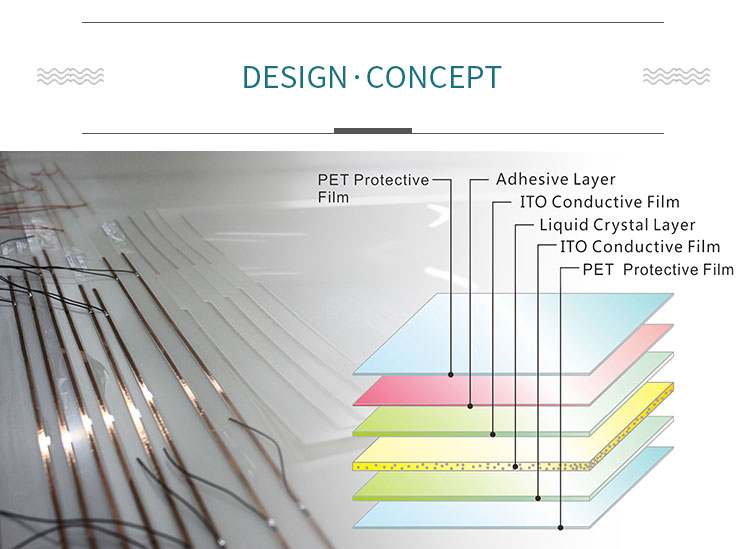 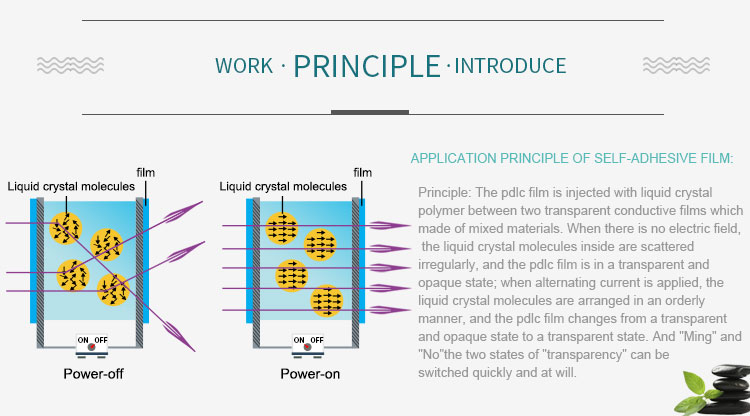 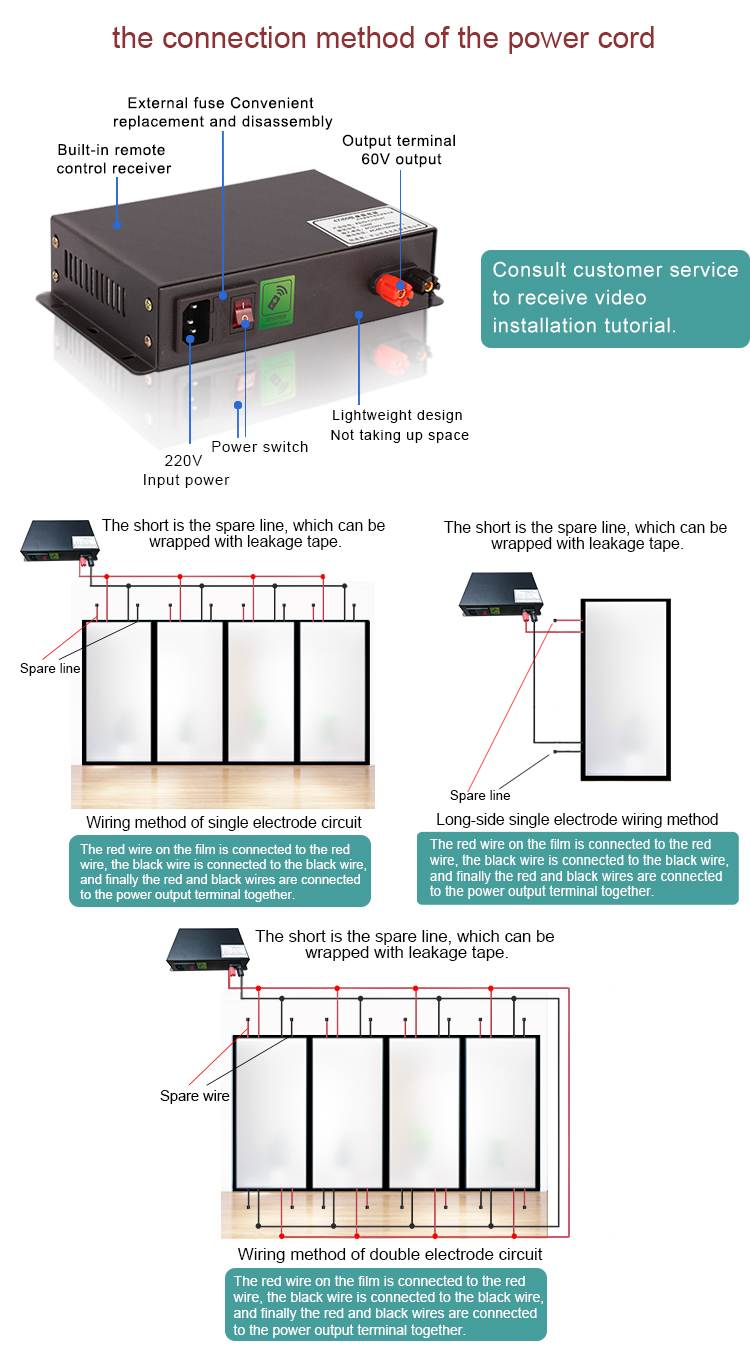 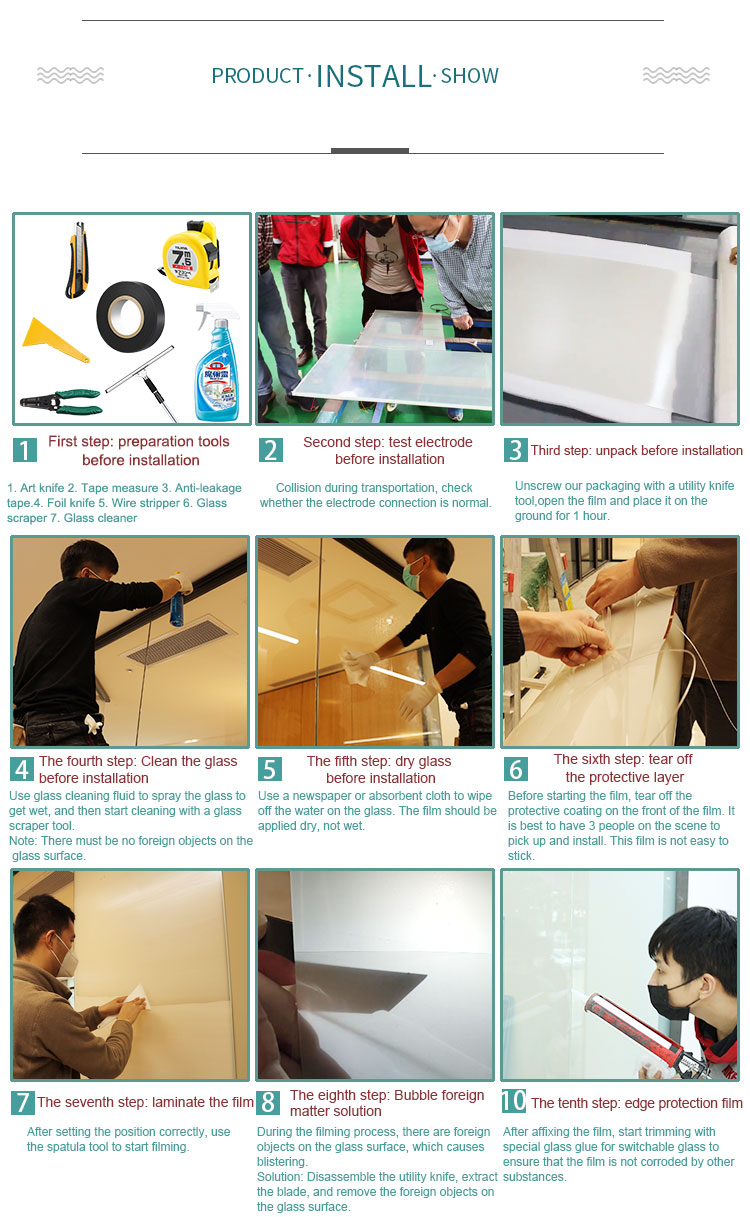 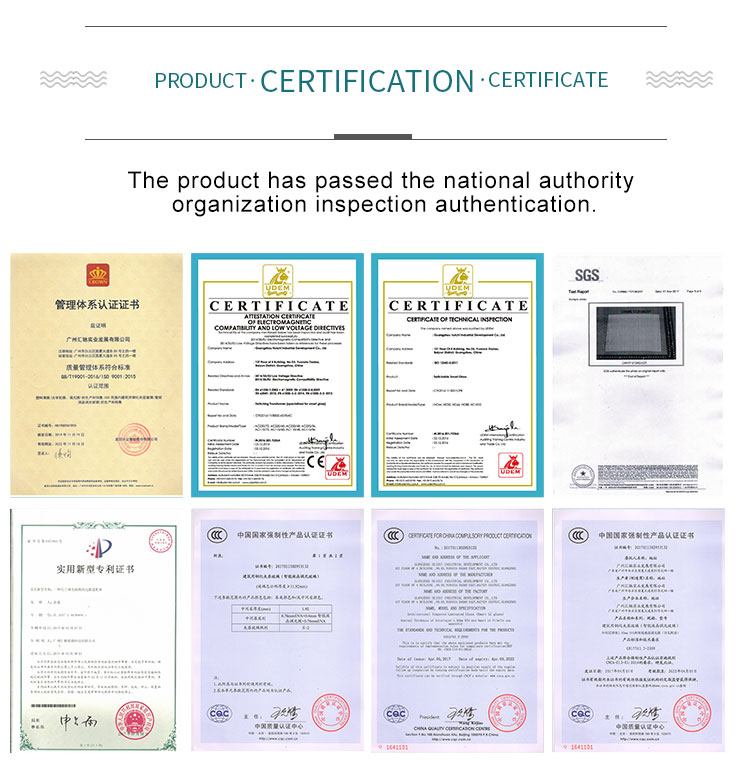 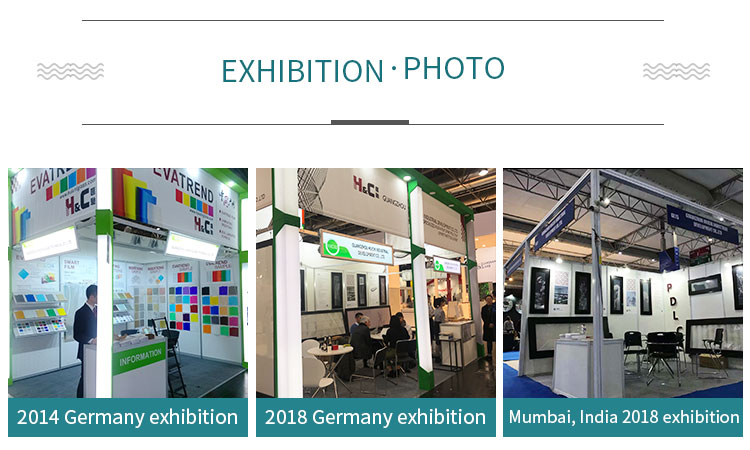 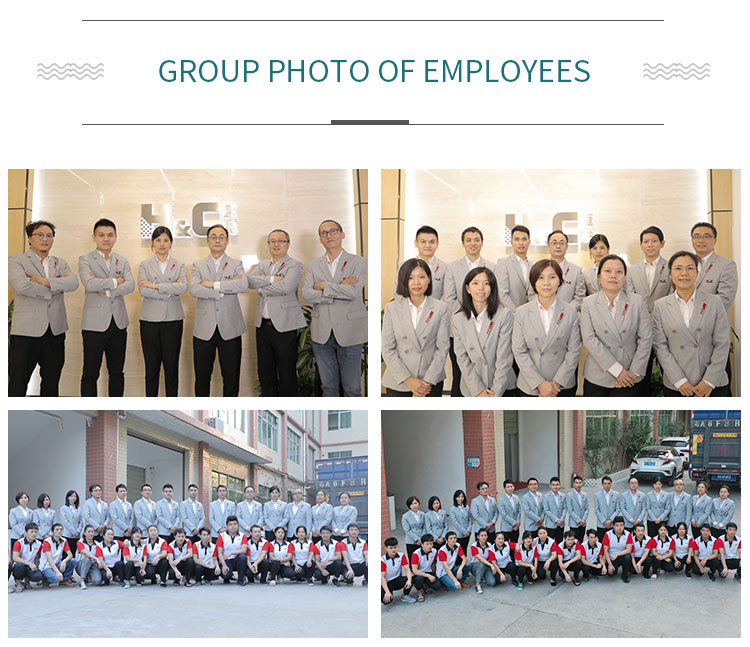 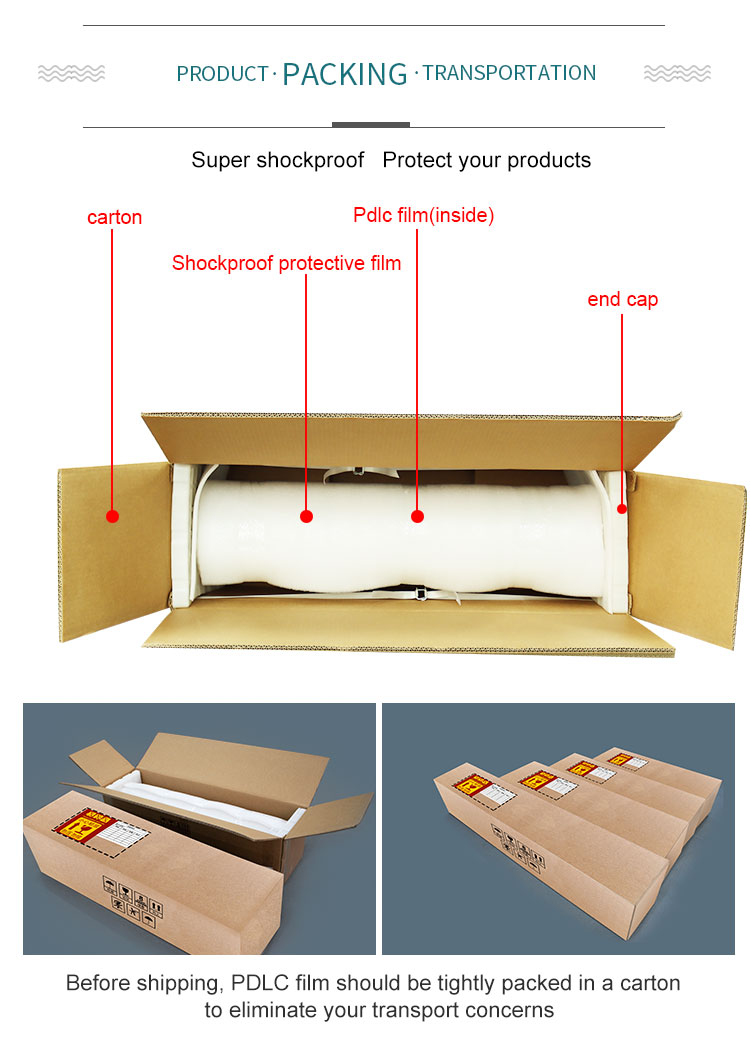 2. What is the product lead time?
Lead time for PDLC Film Products is 7 days after received payment.

4. What are your shipment terms?
We deliver it by air/express transportation.
Customer clear customs, release and deliver to final destination. normally it takes 3 to 9 days to arrive.

5. Is there a MOQ (Minimum of Quantity)?
MOQ is flexible, but special color based of 1 roll.

7. Can we cut the smart films?
Yes. you can. you may use sharp knife to cut as requested.

8. Can we ask for samples?
Yes, we provide samples for free of charge. customers only need pay the freight.

9. If we buy smart film in roll, can we cut and install busbars by ourself?
Yes, you can. we shall provide cutting and installation video if needed.